A rumour about Zimbabweans allegedly selling their toes because of poverty has gone viral in Nigeria and a number of other African countries. People are said to get as much as US$40,000 for a big toe, US$25,000 for a middle one and US$10,00 for a small toe. 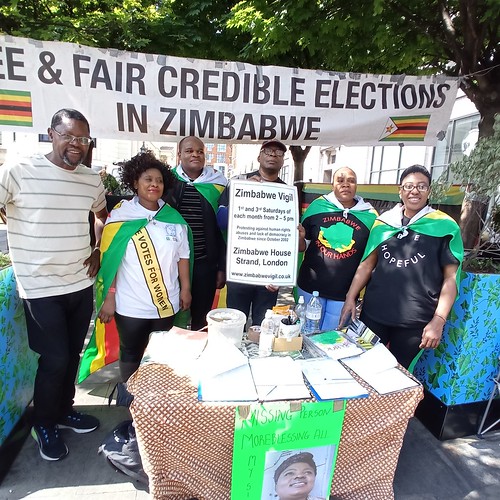 The BBC says a tongue-in-cheek Zimbabwean blog suggested the trade was happening at the Ximex shopping mall in Harare. Zimbabwean tabloid H-Metro posted an interview with black market currency traders at the mall who said the issue had been blown out of proportion after a few of them shared it as a joke. While Zimbabweans are mostly amused by the story it has gained a toehold in Nigeria, particularly. There has already been an upsurge there in money rituals – a belief that using body parts can bring riches. In January three people were arrested in Nigeria for killing a teenage girl for ritual purposes (see: https://www.bbc.co.uk/news/world-africa-61650455).

The president of the Zimbabwe National Traditional Healers’ Association, George Kandiero, said they were disturbed by reports of people selling toes for ritual purposes. He said it tarnished the image of traditional practitioners, adding ‘if you hear of the amounts being spoken about, I don’t think there’s a single traditional healer to pay for toes at that amount.’

The police in Zimbabwe have taken the matter seriously. National Police spokesman Paul Nyathi said they were investigating possible trafficking in human body parts as this was illegal in Zimbabwe. Anybody found soliciting, selling or buying human body parts would be arrested (see: https://bulawayo24.com/index-id-news-sc-national-byo-219696.html)

We in the diaspora comb the media for any news of Zimbabwe. Most of it is negative. This week we came across a blog post by Michelle Gavin on the website of the Council of Foreign Relations, an American thinktank, in which she says conditions in Zimbabwe continue to go from bad to worse. ‘Triple digit inflation shows no signs of slowing.  Over half of the country lives in poverty.  Its corrupt government lurches from disinterest in the population’s pain to rosy projections for growth based on pure fantasy to clumsy interventions like the recent short-lived edict banning banks from lending.

‘Politically, the merger of the ruling party and senior military leadership has long been complete, and they have become inextricable from the state itself. But because Zimbabweans, in the form of independent journalists, opposition politicians, and local activists, refuse to give up on their efforts to hold government accountable for its actions, state-sponsored campaigns of repression and political violence continue. In an effort to give the intimidation a veneer of legality, the country’s leaders are now working to dismantle civil society, pursuing draconian legislation aimed at private, voluntary organizations (PVOs) that would, in the words of a network of mostly African human rights defenders, provide government with “unrestricted power to deregister, target, and harass PVOs deemed critical of the government.’

The article concludes that ‘there will be nothing remotely resembling a level playing field as the 2023 elections draw near.’ (See: https://www.cfr.org/blog/trouble-ahead-zimbabwe.)

The opposition leader Nelson Chamisa is more optimistic, saying the army is fed up with President Mnangagwa and is ready to ditch him in next year’s elections. Chamisa said: ‘Everywhere we are going in the country, people are speaking about change. Change is on the horizon and the country is ready for change. Civil servants are saying I must take the reins of power. The students, ordinary citizens, and the army are saying the same.’ (See: https://bulawayo24.com/index-id-news-sc-local-byo-219710.html.)