President Emmerson Mnangagwa has responded to the statement that Ian Smith was better than him. 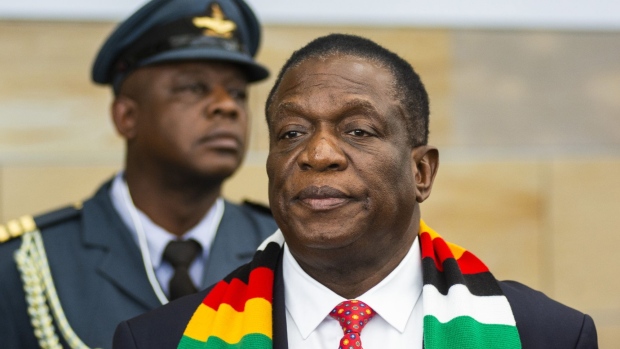 Zimbabweans on social media have been comparing him with the former prime minister of Rhodesia, the late Ian Douglas Smith.

Speaking during the burial of Retired Major-General Sydney “Yengani” Bhehe at the National Heroes Acre in Harare on Monday, Mnangagwa said that it was disheartening that Zimbabweans were comparing him to Ian Smith.

Major General Bhebe is the third retired general to pass away in the last two weeks following the deaths of Major-Generals Godfrey Chanakira and Sikhulile Nyathi.

He said only misinformed and misguided people would say that Ian Smith was better than him. He said:

It is most disheartening to hear some of our misinformed and misguided young people, peddling the grossly false narrative that life under lan Smith was better than that, after Independence. Foolish young people. The onus is on the older generation to constantly explain to the youth of our country that Ian Smith and those present-day counter-revolutionaries with similar inclinations, personified plunder and pillage of our motherland.

Mnangagwa said the comparisons were being made by people who wanted Zimbabwe to be a colony again. He said that will not happen as long as Zimbabwe is under Zanu-PF. Mnangagwa said:

These brutes of unrepentant supremacists seek to make Zimbabwe a country where Africans ourselves are disenfranchised and turned into puppets for their…economic benefit. This will never ever happen. Such colonial style capitalistic domination under whatever guise will never be accepted with Zimbabwe under the revolutionary party Zanu-PF.

You can watch Emmerson Mnangagwa responding to the comparison that Ian Smith was better than him below:

“It is most disheartening to hear some of our misinformed

narrative that life under lan Smith was better than that,