Statement by Crisis In Zimbabwe Coalition chairperson, Peter Mutasa on the persecution of human rights defenders and criminalisation of civil society work 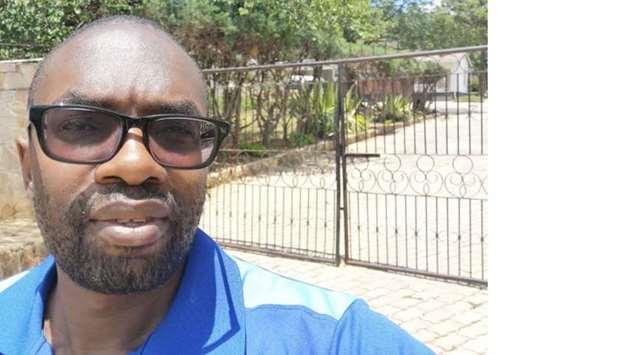 Thank you ladies and gentlemen for taking time to attend this press conference.

We are gathered here at a time when things continue to move in the wrong direction in our beloved country of Zimbabwe.

The national state of affairs continues to deteriorate, amid worsening authoritarian tendencies by the ruling party, ZANU PF.

A number of unfortunate developments in the political, social and economic realm continue to attract our attention and these include political violence and the continued closure of the civic and democratic space, a crisis of social services, an economic implosion characterized by high inflation as well as erosion of salaries and pensions as well as the devaluation of the local currency and the ever increasing prices of basic commodities.

Ladies and gentlemen, we are here today to respond accordingly.

We are extremely disturbed by a continuing pattern whereby human rights defenders who have justifiably spoken out against misgovernance have been victims of this oppression which is reminiscent of the colonial era.

The Crisis in Zimbabwe Coalition (CiZC) continues to note with huge concern, the weaponization of the law enforcement and justice systems by the government to clampdown on human rights defenders.

On the closure of civic and democratic space we note the following;

The Crisis in Zimbabwe Coalition would like to put it on record that that the above tactics; which are basically meant to silence dissent and entrench authoritarian rule will be short lived as they will be resisted by all progressive Zimbabweans.

We urge President Mnangagwa to desist from persecuting human rights defenders and heed genuine calls for reform and national dialogue as a way of unlocking the multi faceted crisis in our country, Zimbabwe.

The Spokesperson of the Crisis in Zimbabwe Coalition, Obert Masaraure has been one of the major targets of state repression and continues to face a number of trumped up charges at the courts.

We are very concerned that Masaraure is being victimized for standing for the rights of workers and speaking against the excesses of the government. His Secretary General at the Amalgamated Rural Teachers Union of Zimbabwe, Robson Chere is also in prison facing trumped up murder charges dating back to 2016. It is unfortunate that the government has chosen to criminalize trade unionism against the dictates of International Labour Law.

There are a number of individuals who have been victimized for speaking out against misgoverance in the country and they are currently detained as political prisoners.

It has become quite apparent that the state is keen on entrenching authoritarian rule and pursuing its agenda of a one party state and for us, this is a call to action. We therefore, reiterate that we shall pursue all avenues necessary to resist entrenchment of authoritarian rule and this includes strengthening advocacy initiatives at the regional and international level.

Human rights abuses, continued mutilation of the constitution, a dishonest, parasitic and extractive national economic system clearly remains a threat to inclusive economic growth and national development. Corruption remains a vice that is choking even the government’s singularly produced National Development Strategy 1. These are the very same reasons the Second republic’s re-engagement drive at Commonwealth Heads of Government (CHOGM) was rebuffed. The callous behavior of our government is retarding re-engagement with the international community.

Attempts to amend the Private Voluntary Organisations (PVO) Act point to a well-coordinated attempt to further shrink the democratic space in Zimbabwe through abusing recommendations of the Financial Action Task Force (FATF).

Only this week, a pro-ZANU PF functionary leader of a one-man organisation, the Federation of Non-Governmental Organisations, Goodson Nguni said that as soon as the PVO Amendment Bill is signed into law, top on the list of organisations to be shut down are Crisis in Zimbabwe Coalition, the Zimbabwe Human Rights NGO Forum and the Zimbabwe Peace Project.

In light of this, it is clear that the latest arrests and persecution of civil society actors is part of a grand scheme to silence the civil society movement in Zimbabwe.

President Mnangagwa has failed to honor his pledge of opening up the democratic space and is seeking to introduce full autocracy, where the justice system is used as a tool for repression.

We reaffirm our position that an independent judiciary is critical for inclusive national development to prevail and the State must guarantee the independence of the judiciary and the rule of law.

The continued under-funding of basic social services by government is of grave concern to us and we are also disturbed by the fact that the government continues to treat its employees with utter contempt and disdain.

More worrying is the fact that the government has employed divide and rule as well as terror tactics to weaken the struggle for a living wage. The crisis of meager wages has relegated the majority of civil servants into abject poverty. Even security sector personnel have not been spared if, a fact which has been identified as a key driver of corruption among law enforcement agencies. This can easily result in anarchy, and a serious cause for concern especially for the human security of citizens.

We reaffirm our unwavering solidarity with the suffering workers of Zimbabwe and urge the Government private sector employers to show sincerity in addressing the plight of workers. Government must urgently engage with all workers’ unions and not just a select few; and their engagements must be based on genuine and frank conversations

We call upon workers from the private and public sector to unite in demanding a living wage and resist the divide and rule tactics from employers.

We also urge the citizens of Zimbabwe to stand in solidarity with workers in general, as their plight is not theirs alone, but impacts on us all. In this vein, the Coalition rallies behind calls for USD salaries for workers.

In light of the deteriorating situation and in the interests of seeing more broad-based and inclusive development in Zimbabwe, that genuinely ‘leaves no-one behind’, we therefore make the following recommendations;

However, we hazard that electoral reforms must not be taken as a stand-alone and isolated from reform in economic governance as well as public service delivery, where devolution remains a key tool for improving governance and achieving inclusive development.

It is our firm belief that far-reaching and genuine reforms in those three facets of governance are key in taking our country forward.