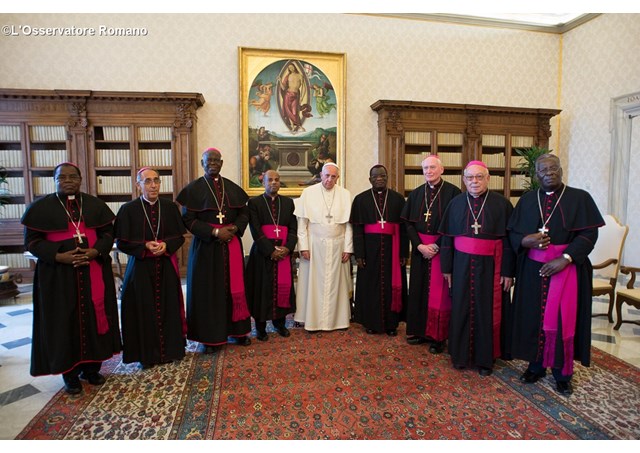 Veritas occasionally draws attention to letters written to all Zimbabweans by the Churches.  The Zimbabwe Catholic Bishops Conference brings together all the Catholic bishops in Zimbabwe, including the retired ones.  Certain passages are sure to be of general interest for all Zimbabweans of goodwill, whatever their religious persuasion.  The complete Pastoral Letter is available on the Veritas website [link].

From the Pastoral Letter

Let us be conscious of the important realities in our world. The Covid-19 pandemic has proven to be much more than a health crisis as it has had a devastating effect on the socio-economic, spiritual and political cohesion of nations. The world is also experiencing many wars and conflicts.  The United Nations Secretary-General Antonio Guterres says that one-quarter of humanity, 2 billion people, are living in conflict areas today and the world is facing the highest number of violent conflicts since World War II.  Countries such as Ethiopia, South Sudan, DRC, Palestine, Afghanistan and Syria have become synonymous with bloodshed. The international peace and order appears to be under serious threat with the war in Ukraine.

In Zimbabwe, is the growing political volatility brought about by the impending 2023 general elections. These elections are already being preceded by political intolerance, violence and bloodshed. What has exacerbated our situation is the economic instability of the country which has brought with it instability in the financial market resulting in continuous increases in prices of basic commodities leaving them beyond the reach of the poor.

If, as Catholic social teaching says, the value of policies is assessed by how they impact the poor then one can safely say that our political and economic policies have failed. There is so much dehumanising poverty and despair among our people. In order to overcome our socio-political and economic challenges there is need for a meaningful inclusive dialogue in the country…… we cannot go it alone.  No single political party has all the answers hence the importance of listening to each other as we journey together.

An equally important context is that of climate change which has resulted in ever increasing droughts in Zimbabwe. The 2022 crop yield has been very poor resulting in the exposure of the poor to hunger.

The common global challenges we have faced such as the Covid pandemic have increased our awareness of our connectedness and inter-dependence. Besides our connectedness, humanity also appears increasingly shaken and fragmented…..we choose to listen and not just hear the other, we choose to journey together and not alone, we are choosing the way of consensus not dictatorship. This path offers the Church and our politics the opportunity to initiate processes of listening, participation, dialogue and community discernment in view of arriving at the common good and God’s will for us.”

[We call] for an open dialogue within the church and with people from the worlds of economics and science, politics and culture, arts and sport, the media and social initiative. If we want to encounter and help one another as fellow travellers, we have to dialogue. We cannot overstress the benefits of a true and open dialogue. Dialogue entails respectful listening, speaking out openly with respect, coming to know and understand one another as we find common ground. Let us commit ourselves to persistent and courageous dialogue.

As a Church, we renew our commitment to act as genuine peace-builders in our nation. The Church is a credible partner in creating a broad public consensus to guide our country to peace.  [We do] not only require a mutual dialogue but ‘prophetic dialogue’. The church not only listens to all but as prophet, the church listens carefully to God, is attentive to people’s cries, anguishes and discerning the signs of the times speak truth to power.  There is a serious danger in trying to mute the prophetic voice of the Church. The history of Zimbabwe clearly shows how the Church, guided by values of standing against injustice and corruption and promoting respect for life, promoting the common good and the dignity of the human person has contributed to building a better Zimbabwe.  History has taught us that when the Church is controlled by the State, the end is disastrous, the Church ceases to speak out for the weak and oppressed, power is corrupted and freedom is denied.