ZIMBABWEAN police on Tuesday 12 July 2022 hauled Zengeza West constituency legislator Hon. Job Sikhala out of Chikurubi Maximum Security Prison and charged him with obstructing or defeating the course of justice. 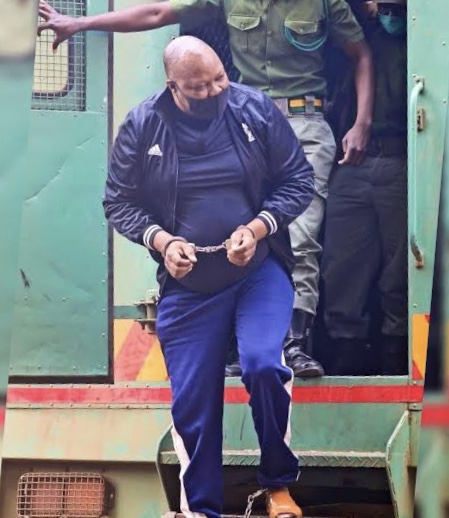 Zimbabwe Republic Police (ZRP) officers took Hon. Sikhala out of
Chikurubi Maximum Security Prison, where he is currently detained
after he was denied bail last week on charges of inciting public
violence, and charged him with obstructing or defeating the course of
justice as defined in Section 184(1)(e) of the Criminal Law
(Codification and Reform) Act.

ZRP officers alleged that at an unknown date but during the period
extending from 25 May 2022 and 16 June 2022 in Chitungwiza and
Nyatsime, the Zengeza West legislator recorded and circulated a video
clip wherein he intended to mislead police officers probing the murder
of Moreblessing Ali. The law enforcement agents claimed that Hon.
Sikhala blamed some ruling ZANU PF party supporters for kidnapping and
murdering Ali.

Hon. Sikhala, who was represented by Jeremiah Bamu of Zimbabwe Lawyers
for Human Rights and Beatrice Mtetwa of Zimbabwe Human Rights NGO
Forum, was returned to Chikurubi Maximum Security Prison after a
warned and cautioned statement was recorded from him at Harare Central
Police Station.

They had first been denied bail on Wednesday 22 June 2022 by Deputy
Chief Magistrate Godfrey Mandaza who ruled that the opposition
Citizens Coalition for Change (CCC) parliamentarians were not suitable
to be released from prison pending commencement of their trial as they
were repeat offenders, had breached previous bail conditions, were
persons of means and had supplied transport to persons who had
perpetrated acts of violence. Deputy Chief Magistrate Mandaza further
stated that the two legislators were a danger to society hence their
release on bail would undermine or jeopardise the bail system.

The two opposition party parliamentarians were arrested on 14 June
2022 by ZRP officers, who charged them with incitement to commit
public violence as defined in section 187(1)(a)
as read with section 36(1)(a) of the Criminal Law (Codification and Reform) Act.

Prosecutors alleged that Hon. Sikhala recorded and circulated a video
urging people to commit acts of public violence in seeking revenge for
the death of Ali, who was murdered in Nyatsime area in Beatrice.

Hon. Sithole and Hon. Sikhala, prosecutors charged, supplied some
vehicles which allegedly ferried some CCC party supporters from
Chitungwiza and Epworth to Nyatsime, where they attacked some ruling
ZANU PF party supporters and also destroyed property at shops and beer
halls and looted groceries and electrical gadgets including burning a
one-roomed house belonging to George Murambatsvina, the ZANU PF party
Councillor for Nyatsime.