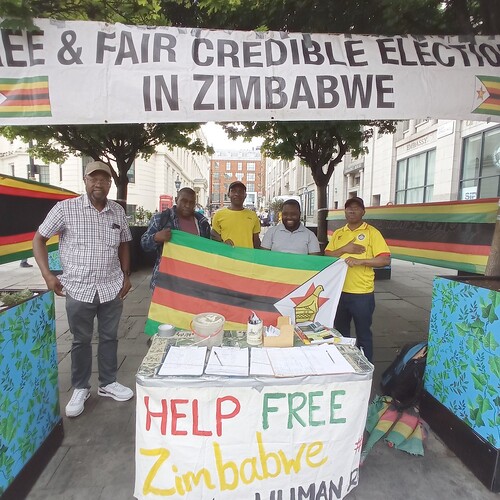 He condemned court action challenging the move and said the government’s decision had been widely supported by South African citizens (see: https://www.newsday.co.zw/2022/06/sa-minister-blast-csos/).

About 300,000 Zimbabweans face deportation when their permits expire on 31st December. In the decade or so that the permits have been available many Zimbabweans have built new lives in South Africa. Sharon Ekambaram, head of the South African Refugee and Migrant Rights programme at Lawyers for Human Rights, said she expects forced removals. The organisation was already being overwhelmed by people seeking help. ‘You have family living here: they have no connection with Zimbabwe. They don’t have a home in Zimbabwe. Children have grown up in our country and speak our South African official languages.’

‘Sylvia Dobi, who went to South Africa ten years ago, is worried about losing her job and being sent back to Zimbabwe. She says she has relatives who are dependent on her to send them money.’ ‘If I don’t send money home it means they won’t eat.’ She added: ‘The elections are coming up next year; things are going to get worse there. The South African government must give us at least two years so we can plan to go back home.’ (See: https://www.news24.com/news24/SouthAfrica/Hold/it-takes-me-back-to-forced-removals-under-apartheid-activists-zim-exemption-permit-fears-20220614.)

Sylvia Dobi is not alone in fearing next year’s elections. The Zimbabwe Human Rights Association says the 2023 polls are the leading cause of distress among Zimbabweans as political tension heightens. A survey showed people feared violence and intimidation and many believed the outcome would not reflect the will of the people.

The organising executive director Andrew  Makoni said the fear was likely to cause voter apathy at the polls. ‘Political party leaders and the relevant electoral stakeholders should urgently put in place mitigation measures to guarantee violence-free polls. Political parties that will contest in the elections should go into a pre-election pact committing to a non-violent election and free and fair elections to restore public confidence,’ (See: https://www.newsday.co.zw/2022/06/zimbos-dreading-2023-elections/.)

Someone else who has forebodings about the elections is Lovemore Sibanda, an historian who now teaches at a US university, from where he keeps a close eye on what is going on at home. He fears the worst and predicts the opposition is heading for another disappointment.

Sibanda says that ‘participating in the 2023 harmonised elections without electoral reforms will be suicidal. As long as the electoral landscape is uneven and tilted in favour of the ruling party, the CCC has no chance in winning 2023. The talk of guarding the vote is cheap and mere talk. We know that Zimbabwe is not Zambia. How do you guard your vote in Zimbabwe where the electoral landscape is unfavourable to opposition parties?

‘Banking on a protest vote, and the notion that Zanu PF is weak, and ED unpopular is stupidity at its best. Zanu PF must never be under-estimated.  Underestimating and under-rating your enemy in politics is disastrous and unacceptable. Zanu PF has nine lives like a cat. Undoubtedly the party is facing a plethora of problems, but we know that we have been here before. Winning an election is determined and predicated on what the opposition offer and do, not entirely on the prevailing political and economic conditions and the state of the ruling party. This was the mistake in 2018. Unfortunately, history has a tendency to repeat itself.’ (See: https://www.newsday.co.zw/2022/06/the-2023-election-the-battle-of-titans/.)