"The project faced delays exacerbated by the COVID 19 pandemic impact" 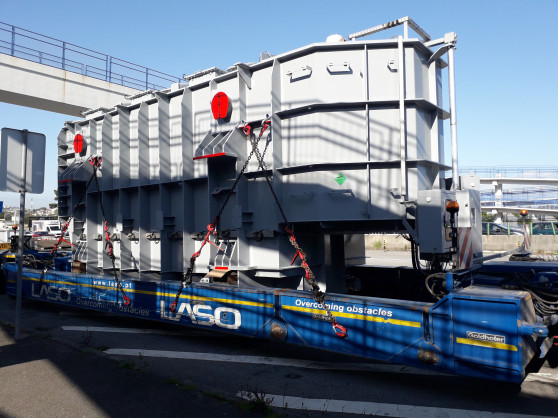 An Emergency Power Infrastructure Rehabilitation Project funded by ZimFund (https://bit.ly/3yYLBMq), has reached the last leg of implementation with the delivery of a 175 MVA transformer, signaling relief from constant power outages for thousands of customers in the Midlands, Mashonaland East & West provinces of Zimbabwe.

The transformer was delivered on Sunday 10 July to the Sherwood Substation in Kwekwe Midlands Province, about 200km to the west of Harare. Phase II of the ZimFund Emergency Power Infrastructure Rehabilitation Project (EPIRP II) was funded to the tune of $22.74 million by ZimFund, in which the African Development Bank Group is a major partner.

Customers fed by the Sherwood substation, are spread over Midlands, Mashonaland East & West and Masvingo Provinces, serving over 1.2 million people. The substation is currently equipped with three 90MVA, 330/88/11kV transformers, giving a total substation installed capacity of 270MVA against a substation demand of 350MVA.

The  new transformer will replace the old equipment which is beyond repair, causing numerous power interruptions that have impacted negatively on households, industry, human capital institutions, and essential basic service delivery.

WSP Power Managing Director, Dinesh Buldoo representing the government of Zimbabwe stated that the delivery of the transformer was “a key milestone since it is the largest key equipment included in the project scope”.

“The project faced delays exacerbated by the COVID 19 pandemic impact especially on the production and shipping lines. We would like to thank Zimbabwe Electricity Distribution Company’s (ZETDC) and the people of Zimbabwe for their patience throughout this project,” he said.

The African Development Bank-managed EPIRP Phase II was designed to improve the availability of electricity supply through rehabilitation of generation, transmission and distribution facilities. The project target areas were Kwekwe, Gweru, Bulawayo, Mutare, Harare and Hwange, with a combined target population of 5 million people.

Commenting on the delivery of the transformer, ZETDC Network Development Engineer Edson Manyewe, said it would result “in improved reliability of supplies, efficient operation of the network as well as improved quality of supplies.”

ZimFund has been one of the most instrumental programmes in the country in terms of restoring Zimbabwe’s critical infrastructure for power, water supply and sanitation especially in the targeted areas. By the end of the first phase of the power project I in 2016, more than 529,768 people in residential areas had their sewage reticulation serviced by reliable power, 11,632 others were restored to the electricity network and 11,097 people were added to the network.

The $145.8 million fund’s donors include Australia, Denmark, Germany, Norway, Sweden, Switzerland and United Kingdom. Most of the substations rehabilitated under ZimFund power project, supply power to critical institutions such as hospitals, schools and universities, water and sewage treatment plants, mines and other public facilities that cater for a population of over 5 million people, spread across the country’s provinces.

Under its energy sector, the African Development Bank is also financing other infrastructure projects in Zimbabwe such as the Kariba Dam Rehabilitation, Alaska-Karoi Transmission Line and Energy Sector Reform Support projects with a total investment of USD 90.5 million.