The Zimbabwe Human Rights NGO Forum (the Forum) joins the rest of Zimbabwe in honouring the sacrifices made and those that continue to be made by our heroes. The liberation struggle was never without cause, and on this day, we have an opportunity to reflect on our successes and failures in aligning ourselves to the values of the liberation struggle. 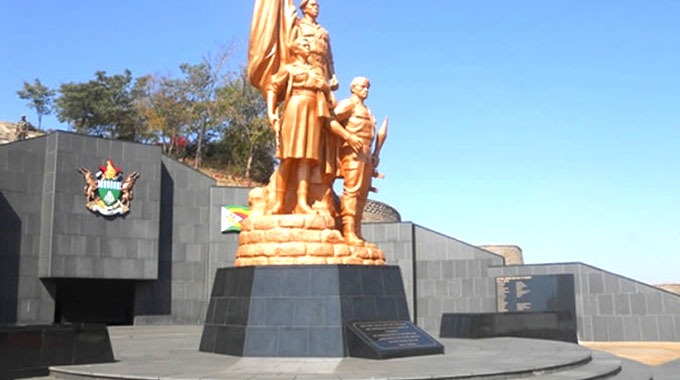 The Forum recognises the sacrifices made by the heroes and heroines of the liberation struggle in fighting to end colonial rule and bring independence to the country. Zimbabweans took up arms in the 1970s against the settler regime after years of peaceful resistance to repressive laws, land appropriation, domination, segregation, exploitation, and inhumane treatment. Given this background, the selfless sacrifices the freedom fighters made can never be underestimated.

The Forum also recognises efforts by the government in ensuring that the dreams and aspirations of the liberation war fighters are realised. This includes resettlement of the landless citizens and taking deliberate steps toward the improvement of the welfare of citizens, particularly in the areas of education and health. The country moved a positive step by adopting a new Constitution in 2013 which gave citizens an array of rights that the majority were denied during colonial rule.

However, this year’s Heroes Commemorations came at a time a lot of disturbing events are taking place in the country. We have noted the deterioration of human rights in the country characterised by the persecution of opposition supporters and human rights defenders.

Just a week ago, on 1 August, the country marked four years after the 2018 post-election shootings which resulted in the death of six civilians and injuries to many at the hands of the military. Recommendations made by the Commission of Inquiry into the Post Election Violence led by former South African President Kgalema Motlanthe for security sector reform and compensation of victims have not been implemented despite comments to the contrary by the government.

Of late, the government has adopted a protracted and undue pre-trial incarceration method, often characterised by the denial of bail in respect of human rights defenders and opposition political party members. As we commemorate this year’s Heroes Day, 16 Citizen Coalition for Change (CCC) supporters, including MPs Job Sikhala and Godfrey Sithole are locked up in detention centres and have been denied bail on allegations of inciting violence. Sikhala and Sithole have clocked 50 days in remand prison.

Reflecting on the 42 years since the first Heroes Day commemoration, the ideals of the war of liberation that countless heroes died for remain unfulfilled. The Forum recognises that the sacrifices made by the heroes and heroines will be incomplete unless and until all Zimbabweans freely enjoy their freedoms and rights enshrined in the Constitution. This aspiration has long ceased to be a lived reality for most Zimbabweans due to the crippling economic situation, deepening political polarisation and continued violation of fundamental rights and freedoms. The past four decades have witnessed an appalling violation of human rights.

The government, instead of realigning its actions to the values of the liberation struggle, is coming up with restrictive laws to further choke the already depressed democratic space. The Private Voluntary Organisations (PVO) Act, a colonial piece of legislation, is being amended in ways that infringe on constitutional rights to association, assembly, and expression. We believe this is not what the heroes and heroines of the Second Chimurenga fought for. The proposed Patriotic Bill is synonymous with some of the colonial laws that the freedom fighters fought against.

Against this background, the Forum calls on the State to: