A collapsing economy, starving people with a corrupt government and a partisan police force: all very important – but not nearly as entertaining as a Croatian businessman on the run from the police in Harare seeking asylum at the EU Embassy. 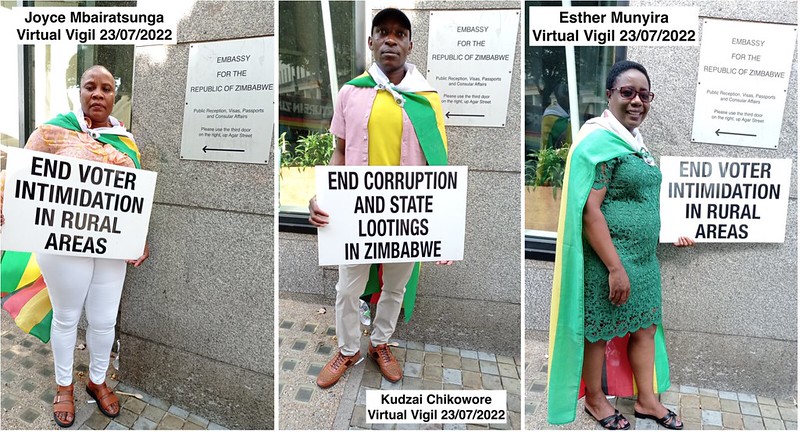 Not quite in the Embassy but in the Embassy’s parking lot – anyway certainly more comfortable than Chikurubi prison. He apparently wants to be transferred to the French Embassy. Perhaps he thinks the food would be better there.

The asylum seeker is Joseph Richard Crnkovic, apparently a dual citizen of Croatia and Zimbabwe. He is fighting over control of Glen Forest Memorial Park. He says the cemetery is on land designated for residential and agricultural purposes only. One would have thought that being buried was pretty residential but he seems to want the 40,000 graves dug up.

We will watch Mr Crnkovic’s progress with interest. He says he was pursued to the EU Embassy by 40 unmarked cars and feared for his life. We wonder whether this phalanx will chase him to the French Embassy (see: https://www.newzimbabwe.com/investor-seeks-refuge-at-eu-embassy-after-high-speed-chase-by-suspected-state-security-agents/).

It is not just a ‘memorial park’ that is at risk in Zimbabwe. An even bigger prize for money-makers is the Victoria Falls, where two companies are planning to build on restricted zones designated by UNESCO as world heritage sites. They have been taken to court by environmentalists and residents who say the authorities are granting the concessions in an underhand manner (see: https://www.theindependent.co.zw/2022/07/29/dogfight-over-victoria-falls/).

Meanwhile, senior police officers seem to have been helping themselves to cars impounded from motorists. The vehicles apparently ended up at an auction business owned by Vice-President Chiwenga’s former father-in-law. Former senior assistant commissioner in charge of transport and logistics Robert Masukusa has been summoned to court over charges of theft of state property, along with Vusimuzi Ncube, formerly chief staff officer in charge of administration and records (see: https://bulawayo24.com/index-id-news-sc-national-byo-221875.html).

‘Corruption has shot through the roof and no one seems to care’, comments Leonard Koni in an article in Bulawayo 24. He writes: ‘The country’s economy is on its knees and probably needs biblical resurrection. The Zanu PF government has lost its marbles and its successive economic blueprints have failed to turn around the country’s fortunes. For the past 20 or so years, the Zanu PF government has been busy chasing after the opposition day and night. It is unfortunate that the regime has nothing to offer besides regurgitating propaganda stories in the State media.’ (see: https://bulawayo24.com/index-id-opinion-sc-columnist-byo-221818.html).