When I was a much younger man, my wife and I used to take 60 boys from the primary school system to camp for a week at a time in the Eastern Highlands of Zimbabwe. 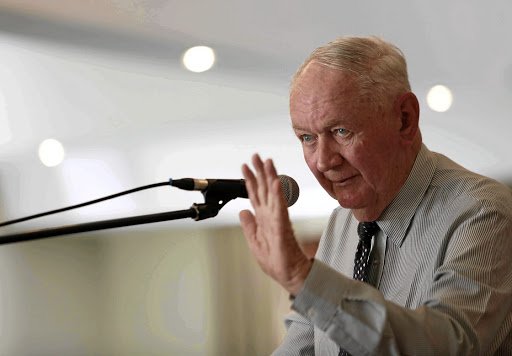 We ran the camps for 10 years and on each occasion we were assisted by a small team of adults, senior school students and staff from the schools who did the cooking and other roles. The camps were always sold out and our task was to give those kids the time of their lives. These were Scripture Union activities and we tried to be examples of Christian men and to demonstrate our values and principles in action.

On one such camp, we divided the boys into teams and ran games which pitted each team against another. Our objective was to get them so tired that they slept at night! On this camp, we ended up with one team being made up of all the small boys physically. Not a good thing and for the first two days this team were beaten in every game. After the kids were put to bed the leaders gathered and I discussed this problem with them. I had one very exceptional senior school student as a leader, Angus, and I asked him to take this team under his wing and see what could be done.

By the end of camp, they were invincible, winning every game and their transformation was total. The difference? Leadership, and I have never forgotten that lesson. Angus went on to become an exceptional person in his own right, graduated in medicine at our local University and is now a leading consultant in London with his own family.

Today, around the globe, we face a multitude of problems. I think it has always been like that and somehow we tend to lose sight of the fact that the solution nearly always requires leadership. Many years ago, a single man took up a post at a Mission in the highlands of Kenya. He spotted children running the school every day and today we see his graduates winning in almost every long distance race in the world. Leadership.

At the end of the Second World War, when Europe lay devastated and Japan was bombed out of existence, a tiny group of men took over leadership of these countries: MacArthur in Japan, the founders of the European Union in the form of Jean Monnet, Charles de Gaulle, Ludwig Erhard, and Konrad Adenauer, to name just a few, all gave exceptional leadership. In the United States, another General in the form of George Marshall proposed the Marshall Plan that provided the resources for recovery.

Compare that time to the leadership of Europe after the First World War when reparations and recrimination was the dominant theme. This laid the foundations for the Second World War. The team in 1945 laid the foundations for 70 years of peace in Europe after centuries of conflict. It also set Japan on the path to becoming a democracy under traditional leadership in the form of the Emperor and Japan becoming the second largest economy in the world.

In Europe, the leadership put Europe back on its feet and created the European Union which today encompasses 27 countries and is the largest trading block in the world. Germany, which in 1945 was a broken country in every way, became the leader of Europe and today is the backbone of Europe in economic and political terms.

Closer to home, we have the example of Rwanda, in 1994 the Rwandese went to war against each other and in the subsequent genocide hundreds of thousands were brutally murdered. A tiny country in the middle of Africa with a dense population density and desperately poor, a man named Paul Kagame became President in 2000 and has turned Rwanda into a showcase. He has dealt with the aftermath of the genocide, opened up the economy, restored the rule of law and has been democratically elected. Leadership.

In southern Africa we have the marvellous example of Nelson Mandela. 28 years in a prison cell, hounded by the security agents of South Africa, separated from his family and finally released to take control of his country. He inherited a time bomb of racial hatred and tension. An impoverished majority who expected retribution if not revenge. A fearful minority who were poised to flee. Almost single handed he guided South Africa through the mine field of democracy. The image of him on the field at Loftus Rugby ground in Pretoria holding up the World Cup in a rugby jersey given to him by the Afrikaner captain will forever be in the minds of the world. It was because of his leadership that South Africa survived the transition.

We can all think of other examples of exceptional leadership in the world as well as leadership that has created mayhem and disaster, but leadership at lower levels is just as important. In society almost every institution of note requires exceptional leadership. Schools, hospitals, companies. There is no doubt in my mind that the most important job of a school board is to find and select a person of exceptional ability at the Principal. The same applies to a hospital – I was hospitalised in South Africa in 2008 and underwent surgery for a blocked artery in my brain. Recovering I was astonished when the CEO of the hospital, a lady with an MBA and a Chartered Accountant called on me to see how I was doing. Everything about that hospital was exceptional and after speaking to her for 15 minutes, I knew why.

In business, leadership is a life or death factor. My son joined a blue chip company after school as a trainee. He went on to become an accountant and a specialist in electronic data management. The company was one of our top corporates with an excellent record and national wide influence. After Independence in 1980, a young University graduate was appointed CEO with political backing. He was a disaster and in six months the shareholders had to step in and remove him and bring back some of the old leadership. The company has never recovered.

One of the most satisfying periods of my personal life has been my time as the CEO of two major companies in Zimbabwe. The most satisfying part of that job was leading a team of executives, inspiring them to work as a team, to enjoy what they were doing and to make sure I was always aware of what their problems were, personal or otherwise. In doing so we had an impact on our families, our country and our thousands of employees. The greatest tribute I have ever been paid was a statement by one of my team, that the five years he worked with me were the best years of his life.

Finally, the leadership role of a man in his family. If you fail here, you fail fundamentally. The Bible makes it quite clear that the husband is the head of the family. No other role is as important. Its not just as the bread winner, although that is important, it is as a leader. You must earn the trust and support of your wife and, when they come along, your children. I was at breakfast this morning with a group of friends when the wife of one of the men came to our table with her two youngest children – the older ran to her father who picked her up and cuddled her, while to youngest, in her mother’s arms watched her father with complete adoration in her eyes. No one else mattered.

When a girl goes through puberty her first love affair is with her dad. For a short period, he is the centre of her life and for both of them it is a very special time. Another friend took his daughter to England when she turned 12, just the two of them. She is now over 40 and has a grown family herself, but still talks about that very special time when her father gave himself to her for two weeks. In today’s world we are very often too busy at the prime of our lives to pay attention to those who should be more important to us than any others. We are the poorer for that.