The government wants all six to 15-year-olds immunized 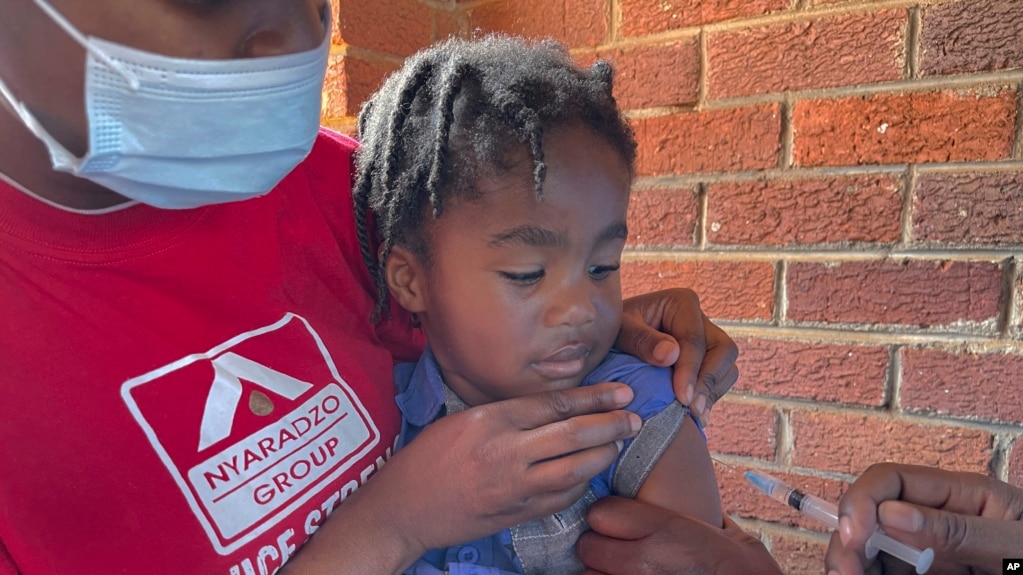 A child receives a measles vaccination jab at a clinic in Harare, Zimbabwe, Sept. 6, 2022.

Health authorities have since been struggling to contain the infectious viral disease, which causes a rash, cough, and high fever, and can be fatal for unvaccinated children.

“Measles is a very contagious, infectious disease that spreads when a number of unvaccinated children rises beyond critical thresholds,” said Alex Gasarira, the World Health Organization’s representative in Zimbabwe. “So, what we have in Zimbabwe right now is because the number of unvaccinated children has risen because of several factors: Community who are not comfortable to have their children vaccinated, disruption [of] vaccination services because of the recent COVID-19 pandemic.”

The rising death toll is fueling calls in Zimbabwe for mandatory shots to halt the virus, but experts says the effort has to be well organized.

“Compulsory immunization has to be well planned, and it has to cover every child in this country,” said Tinashe Mundawarara of the Zimbabwe Health Law and Policy Consortium. “That would ensure that the best interest of the child is really considered.”

Zimbabwe’s health authorities have not yet made the measles vaccination mandatory and were not immediately available for comment.

But they have been campaigning for all children between six and 15 years old to be immunized and are working with aid groups like the U.N. Children’s Fund, UNICEF, to educate those who resist.

UNICEF Zimbabwe’s Dr. Tajudeen Oyewale said his organization and others are working with the government to contain the outbreak.

“Just like [during] the COVID response, the government of Zimbabwe and partners are taking seriously the current outbreak of measles that we currently have in the country,” he said. “At present, the government has deployed rapid response team supported by UNICEF, WHO and other partners to help better track the incidents of measles. More importantly, UNICEF and our community actors are also working hand in hand to increase awareness of the measles vaccine and also help address community resistance to the vaccination.”

The measles outbreak was first reported in Zimbabwe’s Manicaland province, which borders Mozambique, and has since spread nationwide.