The Zimbabwean government has at least one undisputed ability: to shoot itself in the foot. In fact they now appear to have a desperate shortage of unpunctured feet. 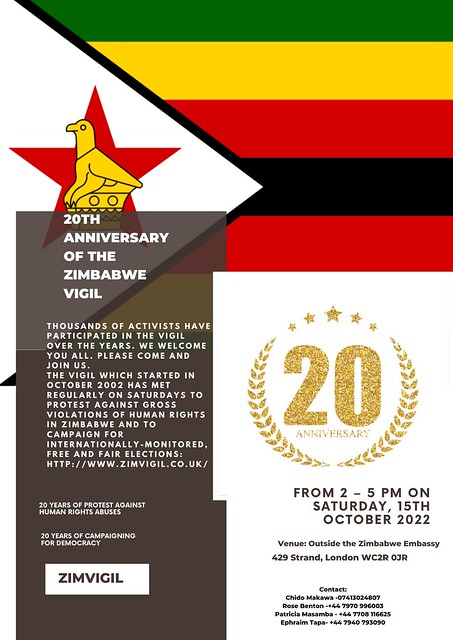 At a time when President Mnangagwa seeks to rejoin the Commonwealth and improve relations with the West, Zanu PF’s ruthless determination to subdue the opposition is reaching reckless proportions.

Certainly, they have done themselves no favours with the free world by convicting the award-winning Zimbabwean novelist Tsitsi Dangarembga of inciting violence by carrying a placard two years ago calling for political reform.

The magistrate said the protest could have incited other people to join the anti-government demonstration and cause a breach of the peace. She sentenced Dangarembgwa and a companion Julie Barnes to a suspended prison sentence and a fine of US$120.

The magistrate said they were intent on provoking violence. ‘Clearly they wanted to pass a message. It was not peaceful at all. They were expressing opinions and it was meant to provoke.’ For their part, Dangarembgwa said they had only been exercising their freedom of expression.

After the hearing she said the verdict was an attack on freedom of expression and she would appeal. ‘I am not  surprised by the verdict because we are in a situation where media freedom is not encouraged. So this means the space for freedom of expression is shrinking and is being criminalized.’ (See: https://www.dw.com/en/zimbabwe-court-finds-author-and-activist-tsitsi-dangarembga-guilty-of-inciting-violence/a-63281070.)

Among other prominent victims of the clampdown on the opposition is the leading member of the CCC Job Sikhala, who has been detained in Chikarubi prison for going on four months on accusations of inciting violence.

The deadening rule of Zanu PF appears to be putting off young people from involvement in politics. A new Afrobarometer survey shows that only slightly more than half the 18 – 35 year-olds say they will probably or definitely vote in the 2023 elections. Zanu PF Director for Communications Tafadzwa Mugwadi said he was satisfied with this but added that there was a need to ensure potential voters were assisted.