Finished Chinhanga of Harare City Chess Club is the winner of the Mash West Chess Grand Prix which was held over the weekend at Chinhoyi University of Technology. 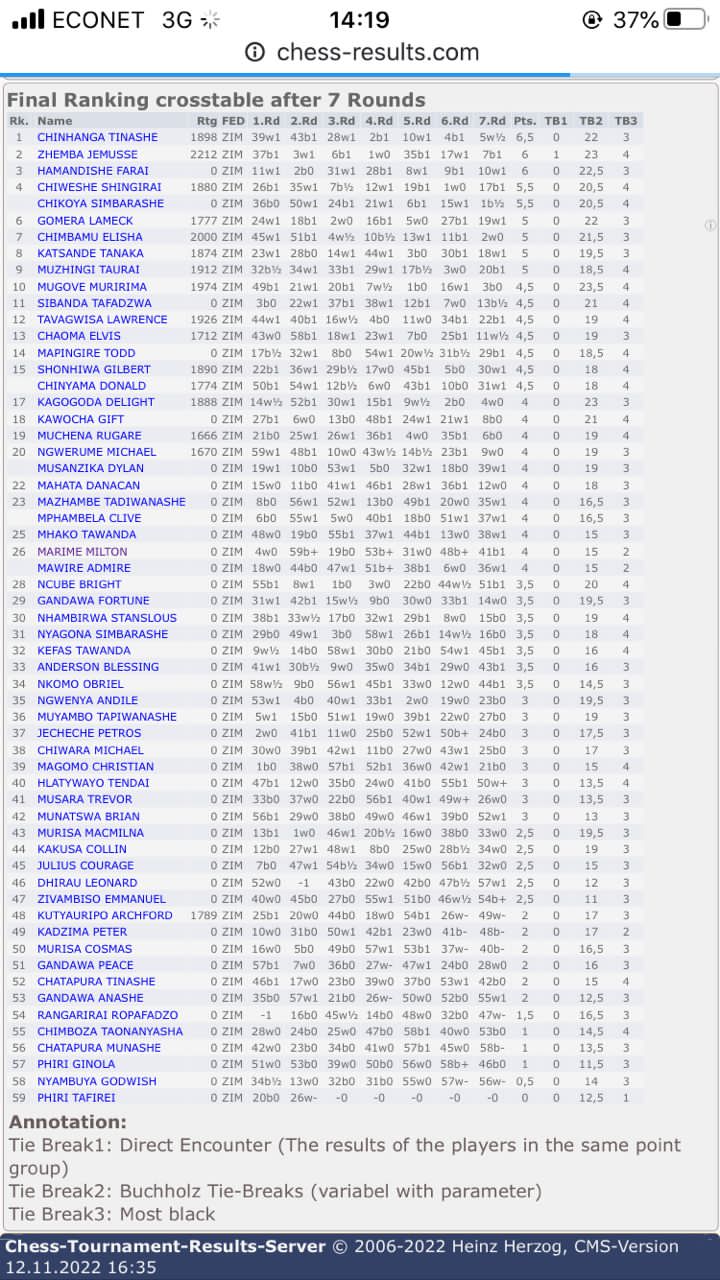 He defeated Zhemba Jemmuse the tournament favourite in a pulsating game which left some onlookers shocked by his end-game precision. He drew his final round to finish with 6.5/7 points. He won the first prize which was a cool 200 US. Henna Jemusse and Farai Hamandishe had to settle for the second position after finishing wwith 6/7.Zhemba defeated Elisha Chimbamu in the final round to finish second while Elisha was sixth with five points.

Farai Hamandishe defeated Mugove Muririma in the final round in another thriller as it was a must-win for the later who failed to do so. Zimbabwe Chess Federation in conjunction with Mash West Chairperson and his team ensured that the game was played well.

Linda Shaba won the ladies section with 6/7 points pocketing a cool 100 US.

The tournament was well run under the watchful eyes of James Vhezha and Chiwara.<