It is simply essential for African businesses to grow for Africa to develop. Businesses are the basis of sustenance for some 203 million households and 1.4 billion people on the continent. 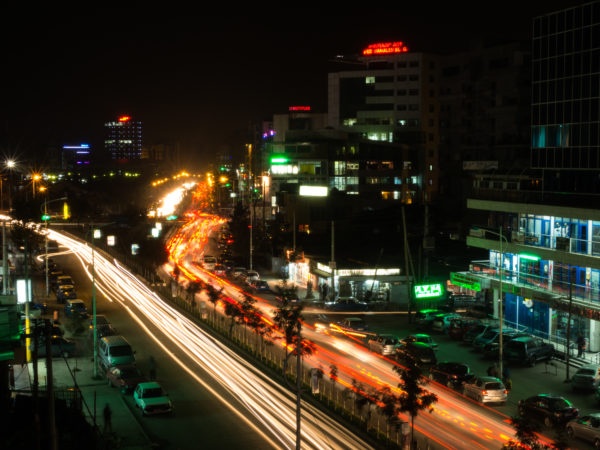 Many key problems that plague the achievement of better lives and livelihoods for people – like high unemployment, poor job growth, low government revenue, poverty, endemic corruption – and even ethnic and civil conflict – are to do with constrained resources, primarily financial.

The old way of doing things will no longer suffice. The sum of oil rents, natural gas rents, coal rents, mineral rents and forest rents in sub-Saharan Africa, for instance, accounts for an estimated 6.8% of total GDP; down ten percentage points from the decade prior. Growth needs to come from African businesses that manufacture products people need (at domestic and international levels) which leverage technology to make products – both goods and services – that are cheaper, more efficient and solve problems, and in the process will increase and diversify the continent’s revenue sources and size.

And the way we think about business needs to change. Old, large conglomerates are not effective engines for growth and jobs; not entirely at least. Small businesses play a significant role in the creation of jobs and advancement of the global economy. They account for more than 50% of the world’s employment and roughly 90% of its enterprises. In emerging economies, the share of formal small and medium-size enterprises (SMEs) in GDP is estimated at some 40%; when informal SMEs are considered, these figures are substantially higher.

For every uncontrollably funny, ridiculous and sightly outrageous story about our parents having to sell charcoal, candy, plantain, yams or dog-chains (before school) and the occasional interjection of being whipped into trauma by our grandparents for faulting in these entrepreneurial ventures, there is an embedded story of an enterprise; typically a small or medium enterprises – formal or informal. They gave access and opportunity, but it is not enough.

Considering that 600 million jobs will be required by 2030 to accommodate the expanding global workforce, making SME growth a top priority is non-negotiable. Any government that hasn’t done so or isn’t doing so now is not one to be trusted in leading a people with expectations of a prosperous future in mind.

Nevertheless, to grow our businesses to the point that they can drive macroeconomic performance, we need businesses first.

How do we encourage private enterprise?

In the international development community, there is consensus around the need for an enabling environment – an idea many, including myself, have often highlighted. However, the practical realities of doing business in Africa point to a more complicated approach.

To succeed in Africa, businesses must thrive despite government. In fact, and sometimes where they have succeeded, government has lagged or has been far removed from the operations of private enterprise.

In a fascinating Disruptive Voice podcast, Tolaram Africa CEO Deepak Singhal shares how Indomie Instant Noodles entered the Nigerian market in 1988. Apart from convincing people that they were not being fed worms (true story), Tolaram had to rationalise a market where the average Nigerian made less than US$2 a day and spent more than 50% of their income on food.

As if those challenges were not enough to repel any level-headed operator or cause hair-loss to those who persisted, Nigeria in 1988 was ruled by a military dictator and would not begin to experience sustained democracy until 1999. Nevertheless, believing the product would work, as it had in Indonesia, they remained committed to figuring out a viable business model for selling their product to the Nigerian masses – and would eventually do so for less than twenty cents. Today, who doesn’t know Indomie in Nigeria?

In his piece Making the case for market-creating innovations: a look at Tolaram Industries, Efosa Ojomo outlines the wondrous story of how Tolaram industries grew into a multifaceted business – in the absence ofthe necessary hard and soft infrastructure – by developing and integrating ‘every component of the system in order to make any part of it function’.

This included getting involved in not just food but also transportation, education, energy, and ownership of other parts in the value and supply chain. As a result, the company now manufactures 92% of materials for the Indomie Instant Noodles in Nigeria, sells more than 4.5 billion packets yearly, grossed almost US$1billion in 2015 (and perhaps more now), and recently sold half its stake in its distribution business, Multipro, to Kellogg for UA$450million.

The lesson here is this: Tolaram did not have the time or luxury to wait for an enabling environment to be created. Instead, they had to make one for themselves, investing more than US$350million into manufacturing facilities, logistics, training and other business areas. Since entering the Nigerian market and creating a market around instant noodles, Tolaram as of 2019 has produced about 8,500 direct employees and given rise to an industry that supports over a dozen businesses and more than 100,000 workers. Additionally, its value chain uses 600,000 merchants, 25,000 wholesalers and 1,000 agents.

What does this mean?

It means we can create, replicate and/or scale businesses, especially those that focus on solving problems of the population’s bottom 90%. Successful businesses make an economic impact. Successful companies run by good people who solve actual problems make an even more significant impact. Is there anything better than this? There sure is: businesses that aim to make processes more efficient, and products cheaper and more accessible to change lives.

Many can recount the role of business pioneers such as John D. Rockefeller, Cornelius Vanderbilt, Henry Ford, J.P. Morgan and Andrew Carnegie and how their contributions from oil, rail, steel, shipping, automobiles and finance industries revolutionised how people live and order their lives in America and beyond. These feats speak to what people engaging in basic enterprise can yield.

We do not need to create just any jobs, but motivate and incentivise people to create jobs which solve problems and make money. It’s not much different on the continent. Its richest people tell a similar story. It’s about trade in cement, sugar, cooking oil, telecom, fertiliser, clothing and more – people solving fundamental problems to meet needs of the African population.

What this also says is that even as we wish and advocate for a better and more enabling environment for business, it is essential that people start and get into business, even in imperfect and challenging conditions. Deepak reminds us – at the risk of glorifying the struggle: “If it’s easy, then you don’t make much money”. The ability to start a business in challenging conditions is as much a commitment to doing the hard things as it is an indication of some people’s need to survive and others’ commitment to create, support and facilitate enterprise for the greater good. But in all this, capital is needed.

Accessing capital for business in Africa has not been the easiest endeavour. Investors have struggled with understanding how to invest profitably in firms on the continent for many reasons, including that it can be here. The Tolaram experience, or even that of Mo Ibrahim’s Celtel, supplies insight into how much could be needed; but this is not always the case.

At the 2021 Southern African Venture Capital and Private Equity Association (SAVCA) venture capital Conference, Antonia Bothner – Capital Markets Lead at Endeavor South Africa, shared how impactful funded businesses can be. “Our main portfolio of 30 South African Endeavor entrepreneurs has successfully raised over R5 billion so far in 2021, with R2 billion raised in 2020…. What’s more exciting is the revenue growth and job creation that our main portfolio is generating: 63% p.a. and 27% p.a. respectively from 2017 to 2021.

Given the changes to a continent experiencing a population boom – and thus a presenting a significantly young population and colossal workforce, there is a continued and sustained need to create businesses that will meet the needs of these people and allow them to develop their human capital to cater for themselves and families; because this space of ‘development’ is, at the core, first a ‘people business’.

It’s about people and their ability to do and be more, including the freedom to enjoy their existence without unavoidable hardships. It’s also in second place regarding the outcome of its labour contributing to revenues of the chosen governing system, so it is better resourced and capable enough to execute its duties. In turn, this sets in motion a self-reinforcing feedback loop that will yield better economic outcomes and also improve social outcomes.

Economic growth is a critical societal coagulant with origins at the micro-level in business – small, medium and large. Therefore, a path to securing it must be sought and amplified aggressively for the good of all.