There are fears that the government has resumed a clampdown on civil society following revelations that non-voluntary organisations are being summoned to declare their funding. 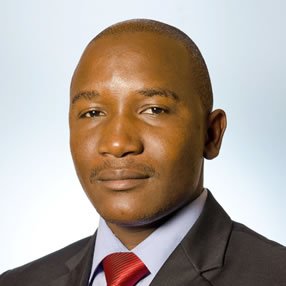 Civil society sources told The Zimbabwean that the Reserve Bank of Zimbabwe (RBZ) is summoning local NGOs to supply details regarding their funders, amounts given and the purpose of the funding.
This development comes at a time the Zanu (PF) government is reported to be rattled by the worsening political and economic situation in the country and has mounted a fierce attack on western governments.
â€œThe situation does not look good. Our organisation has been summoned to appear before an RBZ panel and we wonder what it is exactly that the central bank wants to know. Many of us in civil society believe that the government is employing scare tactics while at the same time developing a black list of NGOs,â€ said the head of one NGO.

Critical of govt
He said the RBZ was targeting CSOs that have been critical of the government. Another head of an NGO said numerous organisations had been issued with notice to appear before the RBZ panel. Foreign funding of NGOs is not a crime in Zimbabwe.
â€œColleagues who have appeared before the RBZ panel complain that it is as if they are being interrogated by the secret service,â€ said the second source. The panel of â€œinvestigatorsâ€ claimed it wanted to know if money would not be used for laundering and terrorist purposes.
â€œThis is surprising. Why all of a sudden must the government believe that local NGOs can be used to engage in terrorism? The bottom line is that this is a clampdown on human rights organisations,â€ he said.
Unconfirmed media reports indicated recently that the army purchased new vehicles in a multi-million Chinese deal to prepare itself for civil unrest as unemployment rises and poverty worsens.
President Robert Mugabe recently publicly warned vendors against collaborating with external forces seeking regime change. He accused western governments of fuelling resistance among vendors who government is struggling to remove from the streets.
The situation was made worse by a recent Supreme Court ruling which concluded that employers could get rid of their workers by merely giving them notices and without having to pay terminal benefits. Since then, according to the president, employers have offloaded more than 9,000 workers.
More than 3,000 teachers have also been struck off the payroll for failing to be present during head counts, while government is reported to working on a plan to reduce the civil service salary bill by about 40 percent.
â€œThere seems to be this suspicion that the NGO sector is awash with money and the RBZ is being used to hunt for the money. There is suspicion that we are not declaring all that we have,â€ said Mfundo Milio, the Crisis in Zimbabwe Coalition (CiZC) spokesperson.
The RBZ raided NGO accounts during the economic meltdown between 2000 and 2009 before a government of national unity was formed.