The diamond sector is not thriving because government has allowed military people out of barracks to pose as miners in Marange, says Farai Maguwu, director of the Centre for Natural Resources Governance. 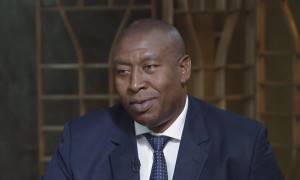 Farai Maguwu, director of the Centre for Natural Resources Governance.

“We have left generals to come and pose as miners. We have side-lined the experts. If you go around the region you find the mining sector is being managed by Zimbabweans. Botswana, Angola and South African diamond sectors are thriving because of Zimbabweans,â€ he told a mining indaba organised by Zimbabwe Environmental Lawyers Association (ZELA) recently.
The Marange diamond sector is run by the Chinese, army generals and Central Intelligence Operatives (CIO). â€œWhen we talk of Marange, its corruption from beginning to end. Most of the companies in Chiadzwa are just shelf companies which have no track record in mining. Because they are not miners they have not invested in anything. They only harvested in everything. They donâ€™t have the equipment or technology to venture into kimberlitic mining,â€ said Maguwu.
He said the mining companies were firing workers willy-nilly because they could no longer sustain themselves.
â€œThe mining business has nothing to do with the government of Zimbabwe. It has to do with the ruling elite and powerful military generals,â€ said the outspoken human right activist. â€œItâ€™s an animal kingdom, something to do with powerful people who can push people out and say everything is theirs. We need leaders like the late Seretse Khama of Botswana. Such kind of leaders shall come. Other countries have the minerals but they always say this is not the right time and look at market volatility.
â€œWe should lock our diamonds until we have a visionary leadership with national agenda and one that loves the country. We want leaders who negotiate deals on behalf of the country not themselves. Zimbabwe has greedy leaders who negotiate on their behalf,â€ he added.