The city council has become the first local authority in the country to use the Supreme Court ruling of July 17 to lay off at least 100 workers. 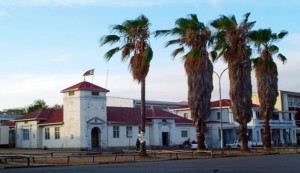 Most of them have been on contract for the past six years. Others affected are members of the workers committee who took the local authority to court over salary arrears dating back to as far as 2008. In a letter of dismissal to workers committee chairperson Bonface Mazarire the local authority said “This letter serves to inform you that your contract of employment has been terminated on three monthsâ€™ notice as pronounced by the Supreme Court,” read part of the letter written by town clerk Adolf Gusha.
“You are therefore ordered to surrender all council property in your possession including identity cards. You are not allowed to report for duty during this notice period which ends in November and you are not allowed to set foot at any of our premises except as a resident of Masvingo.â€
“It would appear council is on a witch hunting exercise, where those who were critical of some of its policies are now victims,” said one of the dismissed workers who spoke on condition of anonymity.
The council is currently embroiled in a salary dispute with its workers and several vehicles and earth moving equipment have been gathering dust after the messenger of court attached them over salary arrears.