The Zimbabwe Sugar Milling Industry Workers Union, ZISMIWU, has been funding Zanu (PF) activities and ignoring the plight of workers, a probe team has revealed. 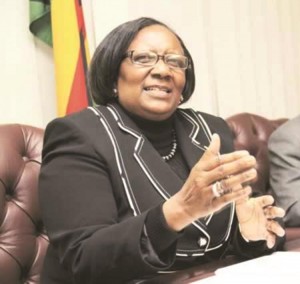 Backed by Public Service Minister Prisca Mupfumira, the probe established that Zanu (PF) bigwigs were given huge sums of money by the union. The minister has called for the establishment of an independent administrator to manage the affairs of the union until a substantive leadership is put in place.
“The investigator has discovered that the union was not operating in compliance with the labour Act,” said Mupfumira in a letter to the union president Freedom Madungwe. “The investigating team established that you were busy funding political activities â€¦Â  and Zanu (PF) bigwigs.
The probe team also established that there was no proper asset register, resulting in the abuse of union property. ZISMIWU has been dogged by factional fights for three years, with its former leader Admore Hwarare being implicated in several incidents of financial abuse and mismanagement.
Hwarare was alleged to have funded the faction then led by former vice president Joyce Mujuru and has been booted out. Freedom Madungwe, who wrestled power from Hwarare, has also been accused of failing to turn around the fortunes of the union, which has more than 30 000 members.
During the run up to the 2013 elections, the union donated over 20 motor cycles to Zanu (PF).
Workers have called for the resignation of the entire leadership, arguing that they had forgotten the plight of workers and were fattening their own pockets.