Johannesburg, 21 August: It is August 2015: the Millennium Development Goals (MDGs) and the 28 targets of the SADC Gender Protocol are expiring. 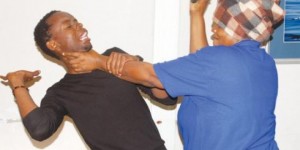 Gender based violenceÂ (GBV)remains the most tellingÂ indicatorÂ of gender inequality.Â In 2008, the SADC Head of StateÂ came together and committed to halving gender violence by 2015. Six years later weÂ are still singing the same song:Â GBVÂ has reached epidemic levelsÂ in the SADC region.

The most predominant form of GBV reported in these countries occurs within intimate partnerships. The highest form of violence, emotional abuse,Â is not capturedÂ inÂ policeÂ statistics.Â GBV has direct implications for progress on all the other MDGs because it affects productivity, health and wellbeing, which undermine development.

In the Post-Â 2015 agenda,Â GBVÂ must beÂ treated as a cross-cutting issue deserving urgent attention. Until recently, it has been viewed asÂ aÂ human rights issue overlooking broader implications for development. The World Bank estimates that rape and domestic violence account for 5% of the healthy years of life lost to women age 15 to 44 in developing countries. Loss of productivity due to domestic violence can account for up to two per cent of GDP in African countries.

A study by KPMG in 2014 shows thatÂ GBV costs the South African economy anÂ astoundingÂ R28.4-billion to R42.2-billion a year.Â The costs borne by the survivors and their familiescompete withÂ vital expenditure needs forÂ food and education.Â WeÂ cannotÂ talk ofÂ inclusive and sustainable development whenÂ more than a third of the womenÂ have toÂ take days off work because of injuries sustained as a resultÂ GBV.Â There is no education for all when sexual harassment isÂ rampantÂ in schools.

Going forward we need to ask whereÂ weÂ have missed the mark? What do we need toÂ doÂ differently? InÂ order to make progress on addressing GBV, both prevention and response interventions must have visibility, credibility, high-level leadership and wide support.

At the core of prevention should be efforts to change mind-sets that support women subordination.Â Achieving this will require exceptionalÂ political leadership including traditional leadership.

We should draw from the HIV and AIDS experience.Â The progressÂ that Southern Africa isÂ now experiencingÂ in reducing new cases of HIV and AIDS and preventing mother to child transmission is in no small measure due to political leadership.Â Why is this same leadership not being extended to the fight against GBV? Is it because GBV overwhelmingly affects women, and that some of our male leaders are in fact perpetrators in their own homes?

Law reformÂ and development of action plans should be accompanied by resource allocation and strongÂ monitoring and evaluationÂ frameworks.Â As a starting point the Post-2015 agenda forÂ GBV should look at strengthening the targets withÂ measurableÂ indicators. This is in line with the directive by SADC Gender Ministers thatÂ the Post 2015 SADC Gender Protocol have a strong Monitoring, Evaluation and Results Framework.

Globally,Â and in the SADC region,Â there will be needÂ for baseline data to inform plansÂ andÂ monitor performance.Â To date only six countries have undertaken theÂ GBVÂ Baseline Studies.Â If governments are serious aboutÂ ending gender violence they must commit resources to undertaking baseline surveys and repeating these periodically to measure progress.In 2013, SADC gender ministers commended countries that have undertaken GBV Baseline Studies, and urged all to follow suit.Â This call must now be acted on.

The peacefulÂ Africa we want begins at home. That calls for unprecedented political commitment, focus, and resource allocations. Yes we can andÂ yes we must end gender violence by 2030! This deadline cannot be extended!

(Linda Musariri is an independent consultant and former Gender Justice Manager at GL. This article is part of the GL News Service).