Cases of HIV patients defaulting on their medication has sharply increased following the governmentâ€˜s introduction of the three-in-one anti-retroviral treatment (ART) tablet. 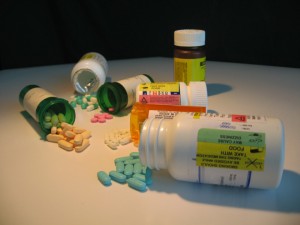 Early this year the government introduced a single ART tablet â€“ containing a combination of three drugs, Tenofovir, Lamivudine and Efavirenz (TLE). This replaced the previous treatment of three separate tablets, Tenofovir, Lovovidine and Nevirapine (TLN).
Although the government has hailed the new fixed dose combination as a more effective way of containing the HIV epidemic, the new medication is facing stiff resistance from patients because of its serious side effects.
According to extensive investigations carried out by The Zimbabwean at some of the countryâ€™s Opportunistic Infection clinics (OI), the side effects are so severe that some patients have stopped taking the new drug. â€œThis new fixed dose combination is reversing the gains which the country has achieved all these years of fighting the HIV/ Aids pandemic. A lot of our patients are now defaulting on their medication because this new drug is giving them a lot of medical challenges,â€ said a nurse at Mpilo Opportunistic Infection clinic who refused to be named for fear of victimisation.

Side effects
According to patients interviewed, some of the common side effects of the new drug include lack of appetite, dizziness, hallucinations and swollen legs. Some also complained of vomiting after taking the drug. Children are said to have been severely affected by the side effects.
â€œI switched from the multi- drugs to the single tablet dose in April this year. Since I started this drug, my legs have been swelling. I have also been experiencing hallucinations at night. I have since stopped taking the pill,â€ said one patient.
Her repeated efforts to plead with doctors and nurses at the clinic to revert to the old treatment regimeÂ  have yielded nothing as the government is already in the process of phasingÂ  out Tenofovir, Lovovidine and Nevirapine fromÂ  stock.
â€œThe fixedâ€“dose combination is a government programme which is mandatory for every HIV patient. We now have very limited stocks of Tenofovir, Lovovidine and Nevirapine which is only administered to extreme cases of the new single pill reactions,â€ said a senior medical staffer at Khami Opportunistic Infection Clinic.

Drug resistance
The medical officer hinted that a lot of defaulting HIV patients are now at the risk of drug resistance. â€œAll those patients who are reacting to this drug must be put on either second or third line of treatment. My worry is that these stages, especially third line, is so expensive and requires strict adherence. Most patients cannot afford it.
People living with HIV and medical experts have accused the government of rushing to implement the new drug without consulting all stakeholders.
â€œWe are having all these challenges because there were no consultations when this drug was introduced. It is clearly evident on the ground that the fixed â€“dose combination is not user friendly to HIV patients. Cases of defaulting as a result of this drug are now alarming to say the least,â€ said an HIV specialist doctor at Mpilo Hospital.
â€œWhen this programme was rolled out, the government should have put in place mechanisms for monitoring the outcomes and complications of this single dose. Right now, our laboratories are not properly functioning to analyse these complications,â€ he added.
The government is expected to have completely phased out Tenofovir, lamivudine and Nevirapine by the end of this year. Repeated efforts to get a comment from David Parirenyatwa, the Minister of Health and Child Care, were all in vain as he continued switching off his mobile phone when raised.