The government has clashed with sugar cane farmers in Masvingo over its intended move to cut A2 farm sizes. 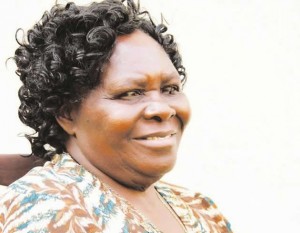 The farmers are demandingÂ  that President Robert Mugabe and his cabinet should lead by example and cut their farm sizes first.
The Zanu (PF) supporters who grabbed sugar cane farms in the Lowveld during the height of the farm invasions were last week ordered to provide government with information regardingÂ  their farm sizes, in a move that would see those with large farms being reduced.
In a letter to A2 farmers the ministry of lands ordered them all to provide relevant information regarding their farm sizes before the end of October.Â  “Following a new policy adopted by government all farms which are very large and are being under-utilised should be cut. The idea is to make sure that all Zimbabweans get land and therefore those with very large farms should be ready to have them cut and share with others,â€ reads the letter.
The Zimbabwe Sugar Producers Association has reacted angrily to the move, arguing that the president and cabinet ministers should lead by example and cut their farm sizes too.
They replied to the ministry saying they would not provide any information regarding their farm sizes unless Mugabe, his two deputies and all ministers lead by example by publicly providing information regarding the sizes of their farms.
“We view the move by the ministry to cut our farms as being targeted against certain individuals, hence we are not going to co-operate unless the head of state and his cabinet lead by example by publicly providing such information,” says the Associationâ€™s response. “We are all patriotic Zimbabweans who believe in sharing resources including land hence no one should be spared from having his farm cut to the required size.â€
ZSPAÂ  President Simba Madungwe confirmed the development but refused to give details, saying publicity could jeopardise negotiations between the ministry and farmers. “As you know no-one would want his farm cut,Â  but if it is a new government policy let it be applied to everyone,”Â  he said.
Masvingo Provincial Affairs minister Shuvai Mahofa down played the impasse, saying the exercise was on course. But she could not provide details as to what size of farm was acceptable to government following the new policy.
“All is on course to reduce the sizes of farms,” she said. â€œI am referring to those with large A2 farms including sugar cane plots and as I speak officials from the ministry of lands are on the ground compiling information on the sizes of all A2 farms in the province.â€
Individual sugar cane farmers have rallied behind ZSPA saying they will not be cowed into submitting information about their farm sizes because some Zanu (PF) bigwigs had several big farms, which they were not utilising.
“We do not want selective application of this policy,” said a farmer who refused to be named. Cabinet ministers and even President Mugabe and his two deputies should lead by example and we will then follow suit.â€