Having previously discussed what seduction damages are and the reason why they exist at law, this article will focus on how one can prove they were seduced. 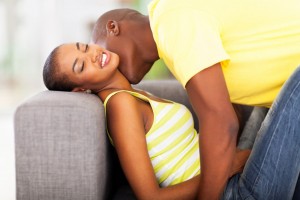 Under customary law, because it is the father who claims seduction damages, it is not a requirement for him to show that his daughter was a virgin. He only needs to show that the man he is suing had sex with his daughter without his permission. Even if the seducer offers to pay lobola he is still bound to pay the damages. These damages are called dhemeji/idhemeji and where marriage takes place they are a separate amount from the actual lobola payment. Under general law, the rules are different.

Is there need for corroboration?
Now donâ€™t let that big word confuse anyone. Corroboration simply refers to the evidence that supports a story. In seduction cases the courts can accept the supporting evidence of one (1) competent and credible witness. A witness is competent if they are above 18 years of age and do not have a history of mental illness. Their credibility (whether the court can rely on their evidence) is assessed in each case, based on the strength of their testimony. Lying to the court is a crime. It is called perjury and can result in 5 years in prison or Level 10 fine or both.

The law also says the man can contest this by showing prior â€™immoralâ€™ conduct on the part of the woman. Immoral here means he can show that she had sexual relations with other people before him.

Actually; no, there is more. A man can deny that he seduced the woman. He can do this if he can show that in fact the woman was the one who seduced him or if he can prove that she prostituted herself with him. It is not enough however for the man to say because he gave the woman gifts (car, house, clothes, money) and she then had sex with him that she prostituted herself. If the woman accepted the gifts or presents and the man cannot prove that she gave away her virginity in exchange for the gifts; he is still guilty of seducing her.

If the woman continues to stay or cohabit with the man in the full knowledge that the man is unable or unwilling to marry her then she cannot claim seduction damages after they break up. If however she continues to stay with the man believing that he will marry her, her action remains intact. She could actually claim seduction damages from him for breaking his promise to marry her.