Some people call this marriage, â€œmuchato wekwamudzviti,â€ because the District Administrator (mudzviti) had the power to preside over this marriage. 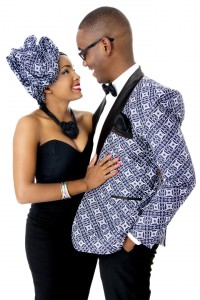 Formerly Chapter 238, this type of marriage now exists under the Customary Marriages Act [Chapter 5: 07]. The correct legal term for this marriage is the â€œCustomary marriage. â€œIt is also called a potentially polygynous marriage because it only allows a man, if he so wishes to marry more than one wife. The woman however cannot have more than one husband.

This marriage is only available to â€œAfricansâ€ whose culture permitted the men to have many wives. Only people of sound mind can marry under this type of marriage; consequently, mentally handicapped individuals cannot marry.

People who are related within a certain degree of affinity are not allowed to marry each other. The people who marry under this type of marriage must do so with full consent of both parties. The marriage must not be forced so they must not be marrying out of fear or because they have been blackmailed or coerced into entering the marriage.

Is payment of lobola required?
Firstly, paying lobola is not a requirement for people to enter into this type of marriage. In Katekwe versus Muchabaiwa (1984), the then Chief Justice, Enock DumbutshenaÂ  stated that the legal age of Majority Act (LAMA) abolished the requirement for Lobola/Roora to be paid in order for a customary marriage to be valid unless the intended bride allows the father to ask for it.
He said (the words in brackets [ ] are our own explanation of the legal terms he uses):

As I see it, what the Legal Age of Majority Act [the Act that stated that women over 18 years should be regarded at law as adults and not the same as children as was the case] has done with regard to roora is this: The major daughter [over 18 years] will say to her father, â€œFather I want to get married, you have no right to stop me.

I do not require your consent [permission] because I have majority status [am an adult capable of making my own decisions for me]. But if you want lobola you are free to negotiate with my prospective husband [the man who wants to marry me]. If he agrees to pay roora that is a contract, an agreement between you and my prospective husbandâ€¦If he refuses to pay roora, I shall go ahead with my marriage.

Legally, it is a womanâ€™s decision to require that lobola should be paid for her and that has been the position since 1984.

In reality though, paying lobola is culturally required to fulfil traditional expectations from the families of the parties getting married. Without paying lobola, a coupleâ€™s marriage is frowned upon and the two are treated with the same contempt that cohabiting couples are subjected to, The legal point to note is that a customary marriage remains legally valid without an individual paying lobola.

Also a man, who is already in a customary marriage with another woman, or other women, can pay lobola for another woman because the marriage is potentially polygynous and he is permitted at law to get a second, third or 10th wife.

What is the relationship between this type of marriage and the civil marriage?
Whereas the civil marriage, â€œChapter 37,â€ only allows a man to marry one wife, the customary marriage allows a man to marry as many wives as he wants. If a man is in a customary marriage, but only has one wife, he can decide to change his marriage to a â€œChapter 37â€ with the same woman. When he does that, the law considers that the two have married afresh. It cancels their previous marriage certificate and issues a new one.

Once the couple are married under the â€œChapter 37â€ marriage, the man cannot marry other wives. He cannot also change his mind and decide to go back to the customary marriage as the law does not permit this.

If a man only has one wife and decides to marry a second wife under the customary marriage, he is obligated under the law to inform the second woman that he already has another wife. If he does not tell her this, the second marriage can be cancelled. In fact, when a man marries the first wife, their marriage certificate indicates that this is marriage number 1. When he marries the second wife, the certificate also indicates that this is marriage number 2, and so on.

A man cannot marry a woman who is already in a â€œChapter 37â€ marriage with another man. If he attempts to do so, that marriage is invalid and the other man can sue him for adultery. The woman will also be committing bigamy and can face a maximum jail sentence of six (6) months or pay a level 5 fine. However, if the woman used to be in a Chapter 37 marriage but is now divorced or widowed, she can become his wife.

How does one enter into this type of marriage?
There is no requirement to get a marriage licence. If the customary marriage officer is satisfied that the people who want to get married are doing so freely and voluntarily and that nothing under the law could prevent them from getting married, the two shall be married.

The marriage officer will ask the two people wanting to get married questions to ensure that they fit the requirements under the law to enter into this type of marriage. If any of them lies, and that lie is discovered, they can be sent to prison for 3 months, or be asked to pay a level four fine or get both punishments-paying the fine and going to prison.

Is there need for marriage banns?
The Customary Marriages Act does not set out the requirement to publish notice of intention to marry. However, in terms of regulations by the Ministry of Justice, people who intend to marry under the Customary Marriages Act must publish notice of intention to marry. This notice should be displayed for four weeks. In exceptional circumstances, the people intending to get married may obtain a special licence.

The witness can be the chief, headman or village-head of the woman or any other person approved by the customary marriage officer (e.g. the womanâ€™s friend or relative). The husband is required by law to pay a $1 fee to the witness.

How binding is this marriage?
When two people enter into this marriage, they are bound as husband and wife. The marriage creates a binding legal relationship which no ordinary person can break.Â  They can only be separated if they ask for and are given a divorce by a court.

This marriage can be â€œup-graded,â€ if the man only has one wife and intends to change the marriage type with the same wife. The man cannot try to enter into a civil marriage with another woman who is not his current wife.