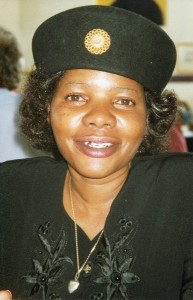 The Movement for Peopleâ€™s First project is a political pressure group formed by firebrand war veteran Margret Dongo early last month. Dongo and a group of other seven former freedom fighters, including Max Mkandla and Bernard Manyadza, on May 6 2015 approached Mujuru at her Ruzambo farm in Beatrice and invited her to lead a new political party to dislodge power from Zanu (PF) at the 2018 elections.
According to minutes of theÂ  meeting dubbedÂ  â€œRuzambo declarationsâ€, the former vice president agreed to lead the new political formation – whose sole mandate is to organise and work towards democratically taking over the reins ofÂ  political power from Zanu (PF) through free and fair elections.
Following Mujuruâ€™s consent to lead the party, a group of locally-based and war veterans in the diaspora met onÂ  Saturday in Bulawayo at a secret place and gave Mujuru a thumbs up to lead the new party – but on condition thatÂ Â  certain principles are adhered to.

No to the name
â€œOne of the major resolutions of the meeting was that we should do away with the name Zanu (PF) and stick to the name Movement for Peopleâ€˜s First. The comrades made it clear that if the likes of Didymus Mutasa and other Zanu (PF) colleagues insist on the inclusion of the word Zanu in this new project they will not get support from anyone because the word Zanu has got some connotations of very bad things,â€ said Max Mkandla, one of the exâ€“combatants who attended the meeting.
During the meeting, Mkandla said while all the participants overwhelmingly endorsed Mujuru, some had serious misgivings about the characters of other former Zanu (PF) leaders spearheading the Peopleâ€™s First project.
â€œWe respect and salute Mujuru for the courage and guts to apologise to the nation for being part of a system that has ruined this country. We believe she has the wisdom and experience to lead us in our project. However we are concerned and alarmed with the characters of People First drivers who remains obsessed with Zanu (PF). As I speak, some are still fighting in courts to get back to Zanu (PF). How then do you trust such people?â€ askedÂ  Mkandla, apparently referring to Kudakwashe Bhasikiti and Mutasa whose challenges to be readmitted in Zanu (PF) were recently thrown out by the courts.

Fully-fledged party
Mkandla said the meeting, chaired by prominent Botswan- based war veteran, Destroyer MvelasiÂ  also resolved to maintain the currentÂ  name, Movement for Peopleâ€˜s First in the interim until a more acceptable name by all stakeholders have beenÂ  agreed upon.
â€œIn the meantime, we resolved that this project should be a political pressure group in waiting to be a fully-fledged party. Before transforming this project into a political party, we want to make sure that more people would have been mobilised to join,â€ he said.
According to Mkandla, the main target of the pressure group include former Zanu (PF) members purged from the party , members of civil society and disgruntled members of the opposition parties.
He said the Bulawayo meeting also recommended war veteran Bernard Manyadza to be the partyâ€™s national chairman.
â€œWe strongly believe in people themselves inviting leaders to take positions – unlike the current situation where politicians invite people to their political parties. As the pressure group grows, we are going to invite more respected citizens to take positions in the organisation,â€ Mkandla added.