Zimbabweâ€™s Brendon De Jonge shot a closing round of 67 to finish in 13th place at the Shrines Hospital for Children Open US PGA event which finished in Las Vergas Sunday. 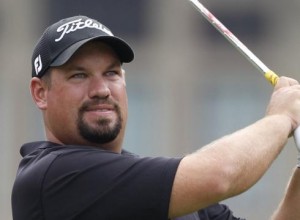 The Zimbabwean finished joint 13th with Patrick Rodgers and Jamie
Lovemark both of the USA on 11 under-273, five strokes behind overall winner rookie Smylie Kaufman who finished on 16 under 268.

De Jonge was the highest placed African in the event after caddying
67, 66, 73, and 67 with South Africaâ€™s Rory Sabatini the next African
in line after finishing in 25th place on nine under 275.

Sabatini, a top hardened campaigner on the USA PGA Tour got off to a good start with a 66 but faltered as the tournament went on with
scores of 72, 71 before closing with another superb 66.

De Jonge, however, was pushed way down the ladder as there were six players in second place, another two in eighth position and two as
well in 11th place.

For his effort at the Shrines Hospital for Children Open fde Jonge
received $123 733, 33.

De Jone who missed at the cup at the last US PGA Tour event, the
Frys.Com is now ranked 136 in the world but has Â FedEx Cup ranking of 34.