MARONDERA: Mabel Chinomona, the deputy speaker of Parliament has become the latest casualty in the on-going Zanu PF purges after the Mashonaland East provincial executive passed a vote of no confidence in her as the Women's League national political commissar. 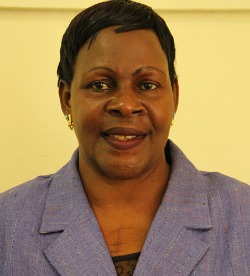 Chinomona, who is also the MP for Mutoko North, is accused of sabotaging a rally organised by the Womenâ€™s League at the Zanu PF national headquarters in Harare two weeks ago to thank President Robert Mugabe for his “sterling” work during his recent one year tenure as the chairperson of the African Union (AU).

Sources in the province said a meeting was held on Saturday during which it was recommended that Chinomona should be suspended. Also recommended for suspensions were Petronella Kagonye, the MP for Goromonzi South and a member of the provincial Women’s League, Youth League members, Fungai Mohammed and Tonderai Bosha.

According to sources, the meeting was attended by defence minister and Marondera senator, Sydney Sekeramayi, who said it was time the party expelled members who were going against the party’s principles.

Last week, the provincial chaiperson, Biggie Joel Matiza, was suspended by the national commissar, Saviour Kasukuwere and the latest purge brings to eight the number of provincial party members who have been suspended.

A disciplinary sub-committee chaired Kembo Mohadi is reported to be investigating the latest suspensions.