CHIPINGE: AS school children drop from school due to hunger it has emerged that food aid abuse is so widespread here that in some cases traditional leaders allow names of people who are based in the diaspora to be smuggled into the beneficiaries list. 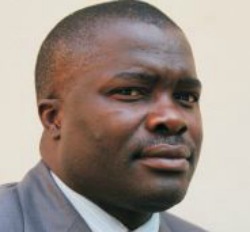 This is according to Musikavanhu constituency MP, Prosper Mutseyami, who blasted traditional leaders for politicizing the food aid programme run by World Food Program (WFP) in conjunction with the Social Services department in his constituency.

The revelation comes as the US announced that it was donating an additional $20 million towards the WFP programme. Earlier in the week aid organisations said they feared they may not be able to feed all the needy due to lack of funds.

Musikavanhu said food distribution in his area was not fairly handled with vulnerable families left out while those with capacity to source food for themselves benefited twice.

He apportioned the blame on the village heads and their secretariat, saying they were submitting names of people based in South Africa as beneficiaries of food aid.

â€œThere are orphans and disabled people in the community affected by drought but the village heads and their secretaries are excluding them giving preference to people living in South Africa and outside their wards in food distribution,â€ said Mutseyami.

He added: â€œYou find that the same person who was given 50kgs of maize meal from Social Services will receive another 50 kgs from WFP when there are many starving orphans out there,â€ said Mutseyami.

The MP said some people were giving false information about numbers of the needy in their households and the village heads were allowing that.

Mutseyami said WFP and Social Service should incorporate the MPs in their program to ensure that food was distributed equally among starving villagers.

The United States Agency for International Development (USAID) Wednesday provided an additional $20 million funding to the WFP for drought relief.

According to USAID, the$20 million is meant to support WFPâ€™s Lean Season Assistance programme, which provides monthly targeted food rations or cash transfers for food-insecure people in the hardest-hit districts of Zimbabwe.

WFPâ€™s Lean Season Assistance usually operates from October through March, during the time between harvests when food can is usually scarce. Due to the impact of two consecutive years of drought, WFP has extended the programme to run continuously through March 2017.