The Peopleâ€™s Democratic Party (PDP) demands the immediate establishment of a commission of inquiry to look into the Panama Papers following reports on how two businessmen with strong Zanu PF links avoided paying taxes and externalized huge sums of money out Zimbabwe. 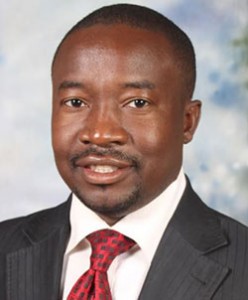 The two businessmen implicated in the Panama Papers are; Billy Rautenbach and John Bredenkamp and are well-known funders of Zanu PF.

Bredenkamp is an arms dealer and mining tycoon while Rautenbach is the owner of Greenfuels and is involved in diamond mining.

The two men had sanctions imposed on them for operating as fronts for Robert Mugabeâ€™s business interests but were able to continue running their businesses through offshore companies for year despite concerns being raised over their dealings by the United Nations (UN).

According to the UN, Bredenkamp is experienced in setting up clandestine companies.

For his work in protecting Mugabeâ€™s financial interests, Rautenbach was awarded a controversial and corrupt contract in the construction of an ethanol plant, the Green Fuel in Chisumbanje and now has the sole right in the supply of green fuel in the country.

The mandatory fuel blending imposed by the government on behalf of Green Fuel is a symbol of Rautenbach’s far reaching influence on the Zanu PF government.

As a result of the controversial links between Rautenbach and Zanu PF, major shareholders in fuel retail companies such as Sakunda and Redan have been elbowed out of business as the Zanu PF cartel has moved in to create a total monopoly in the fuel sector and thus keep consumers hostage to high fuel prices.

â€œIt is not sustainable.Â  Something will need to give in.Â  We need to draw a line in sand and never cross it.Â  We have a list of those people, some taking more that $10 million and take advantage of the laxity of the system to do that,â€ Mangudya said in his statement amid reports that $2 billion was externalized in Zimbabwe in 2015 alone worsening the liquidity situation.

What concerns us at the PDP is that the Panama Papers are being released when Mugabe in February said over $15 billion of proceeds from diamond mining remained unaccounted for.

As PDP, we are convinced that besides Rautenbach and Bredenkamp, investigations into the issue of externalization should spread to include other well-known black people who have helped Mugabe and Zanu PF in siphoning billions of dollars out of Zimbabwe to offshore accounts.

It is in this regard that the PDP calls on Parliament to establish a commission of inquiry to look into the operations of Rautenbach, Bredenkamp and other black businesspeople.

We also urge Mangudya to stick to his words and take action and ensure that any offshore investments will require prior RBZ approval.