Itâ€™s almost the end of our wet season and I thought this is a good time to review how Zimbabwe is doing and what faces us over the dry season which will run through to November. 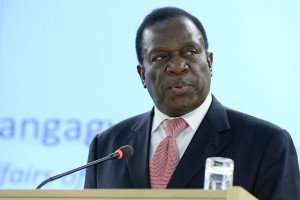 Insofar as the season itself, we started in a terrible way â€“ the wet season normally starts in October/November and this year we had early rains in September then extreme heat and very little rain right through to February. At that stage we were facing a harsh winter with little or no grazing and surface water shortages everywhere.

Then March arrived and the country had widespread and heavy rain. Rivers flooded and in the south of the country the grazing recovered in an amazing way. The late planted crops looked as if they would actually produce something and we cautiously raised the estimate of the maize crop from 200 000 tonnes to 350 000 tonnes. Still only a fraction of the 1,8 million tonnes we need for the country in a year. Surface water has improved but nearly all our dams are not yet full. Key supply dams are now quite healthy except for Kyle which remains well down on normal.

Kariba is fascinating to watch if you are monitoring the possible effects of climate change â€“ the experts are saying that if the world weather system reacts the way that is anticipated, the ITCZ will shift northwards and it is expected that the areas of southern Africa that have been receiving more precipitation in the past will be wetter. In fact that is what has happened this year â€“ the upper Zambezi catchment has received a lot of rain. The flood plains of western Zambia are at record levels and the river flow in the upper Zambezi is 60 per cent above normal.

As a consequence the Victoria Falls are roaring â€“ the white water rafting is being restricted and the Kariba Dam is rising rapidly. We are expecting record inflows in April/May.

So a reprieve for the livestock industry, a little improvement in crops but we still faceÂ  a very difficult dry season â€“ perhaps 4 million people in the rural areas will need help with food or incomes and I think we have as many as 2 million people in the urban areas who need help to get through the winter. That is about 40 per cent of our total population.

Our real crisis is in the economy and this situation finds its roots in the 2013 elections. In the immediate aftermath of the elections in July 2013, the country literally went into mourning. However what was not appreciated at the time was just how harshly the business community reacted to the Zanu PF victory. Within days the collapse of the stock market began with a 30 per cent decline in three weeks, then massive cash flight from the Banks. Both have seen further declines since 2013 with the stock market now 60 to 70 per cent down and still dropping and cash flight has continued â€“ right now it is actually accelerating.

The collapse of business confidence was followed by a decline in economic activity, company closures accelerated and the liquidity of the Banks deteriorated. The attempt by the Government to revive the specter of indigenisation just acted as an accelerator and today there is a serious cash crisis which is further damaging economic activity. The reasons for the cash crisis are multifaceted but its root cause is the activity of the State which has continued to spend in the face of a decline in tax revenue.

The GNU Government ran a budget surplus for 4 years despite all the pressures but as soon as Zanu PF took control again they slipped back into their old habits and the budget deficit in 2014 was about a billion dollars, 2015 it widened still further and in 2016 we have little or no idea of where it will go. To fund the deficit the Ministry of Finance has been issuing Treasury Bills and mopping up resources in all sorts of places. As a consequence the shortage of cash, driven mainly by the lack of confidence, has deepened and today people are finding it difficult to get their money out of the Banks â€“ further exacerbating the crisis.

Of particular concern is the sudden inability of the Banks to transfer money. RTGS transfers are being delayed and money transfers can take more than a month. The impact of this is severe as it affects our ability to pay for all the things we need from outside the country, while at home it is putting huge pressure on cash flows. For many firms these conditions are proving to be more than they can handle and a flood of company closures is threatened.

The final straw that might break the back of this particular camel is the infighting in Zanu PF which has reached dangerous proportions. There are fundamentally three factions struggling for power in the Party after they expelled Joice Mujuru and most of her close allies. These are an ambitious group of younger leaders (post the liberation war) who are backed by the Presidentâ€™s wife who has political ambitions herself, a group around the Vice President Emerson Mnangagwa and a group surrounding the President himself.

The group backed by Grace Mugabe has considerable sway in the rank and file of the Party and represent in ideological terms, a more radical faction similar in many ways to the EFF in South Africa. In fact there is a fair amount of evidence of links between the two groups. The group around the Vice President is clearly in control of the State machinery and the security apparatus. They hold all the levers of power at present, but are in trouble in the Party itself. This is not a serious weakness as the Zanu PF Party hardly exists any longer at grass roots level.

The small group around the President has only one objective â€“ to hang onto power and keep the Old Man alive. If he was to leave office for any reason, they and the young radicals would immediately be consigned to the garbage heap of politics and would lose everything.

So we have a fight to the finish on our hands with no holds barred. One group or the other has to win and it is life or death for both. The meeting of the War Veterans yesterday was just another battle in this war. The initial outcome looked as if it was just a meeting to discuss the War Veterans welfare, but a closer examination shows that in fact it was another reminder to the Old Man of Zimbabwe politics that he no longer has the support of his colleagues from the liberation war. It was clearly another demonstration that the Mnangagwa group is clearly in control of the levers of power in the Zimbabwean body politic.

So where does that leave us at the start of this winter season? It does not resolve the succession issue but it does confirm that in the end it will be the Mnangagwa group that will assume power and is de facto in charge of the State today. So the clown in the G40 circus is going to be kicked into touch, the reform agenda and reengagement with the international community is going to continue. But it does not restore confidence and this will remain our main problem. That can only be achieved if we can restore our standing in the world community and persuade our businessmen and women that we can now trust the State to behave in a logical and law abiding way. That could happen under Mnangagwa but ultimately it requires an election, the outcome of which cannot be disputed by anyone, not even the military.