Many a writer has told of the Zimbabwean situation. While some would lament the journey we have travelled from 'bread basket' at Independence to 'basket case' thirty odd years later and give us a comprehensive analysis and their predictions of the state of the economy, our political landscape and social implications, there are those who would have us believe that the ruling party ZPF and its leader are the best thing that have ever happened to Zimbabwe. 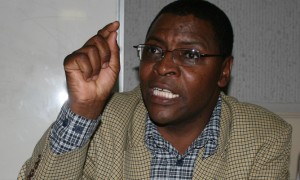 They perceive in him a demi-god whose intelligence and ability to lead the country is unparalleled and state that he cannot therefore be rivaled.

It is no secret that the praise singers are permitted to air their views publicly and have access of all the state conduits. This continuous skewed reporting creates layers of perception which become indisputable truth amongst the naive populace. Lately they depict a renewed party which is loved by the majority and cannot be challenged in any election. The general populace then perceive their fight as futile and succumb to the whims of the ruling party albeit out of fear.

The sayers of the truth are denied the means to reach out to rural dwellers to conscientise them of the reality obtaining.

Their voices are deemed treasonous and often times a threat is meted as a warning of the imminent danger to oneself for daring to show such courage.

Few want to talk about the disastrous effect that this economic and political disaster has had on the lives of the ordinary citizens.

Our country is for the enjoyment of the chosen few whose sole duty it has become to ensure that they instill the wrath of fear in the lives of many so that they dare not speak out, let alone act against the system. Even peaceful demonstrations are violently disrupted by the state machinery in violation of our constitutional rights.

In his book, The Comedians, set in Haiti during the rule of Francois Duvalier (aka Papa Doc), Graham Greene depicts a situation quite similar to the Zimbabwe of today. He likens his characters to comedians, a theme not too far removed from William Shakespeare’s suggestion that the world is a stage and we are all actors.

There is a grand and more tragic theme , which forms the setting of the novel, yet ‘the sub plot, which offers a little light relief’ is for many the reason the book was a bestseller. The reader is constantly amused at the apparent oblivion of the characters to the political landscape whose system can only be described as evil.

They keep us entertained by their trivial pursuits against the backdrop of a dejected people living in abject poverty and fear of the authorities.

It is precisely this disbelief and utter denial of what is going on around them that makes these characters appear as comedians. Similarly the reader looks on and laughs since ‘It’s really not his business” and I t could never happen in his back yard. That is the exact same attitude I had when I first read the book thirty four years ago.

I couldn’t imagine the load shedding and the ‘T Macoute’ (the president’s ‘bogey men’) who instilled the wrath of fear in the civilians and were duly rewarded for it. I spent the last few months searching high and low for that book until I managed to get a used copy.

The tragic theme now takes center stage and the Comedians sink into oblivion as I re-read it with the realization that our own backyards could make the setting for this novel with the only alterations to the original being geographical.

In Zimbabwe, journalists and opinion writers like myself deem it safer to report on the state of the economy and the politics of our land because all that is playing out in full view of any who care to notice and we cannot be accused of being the authors of the plot.

The ‘tragic theme’ in our instance is the imminent social danger that this evil system has created.

I debated on whether to entitle my piece, ‘When Extreme Fear Leads to Denial’ which is a more apt description of the situation we find ourselves in but settled for ‘danger’ in lieu of ‘fear’ after the realization that danger is the imminent result of fear. What danger? you might ask.

The phenomenon of disbelieving one’s situation when faced with grave and imminent danger and/or catastrophe. As in over focusing on the phenomenon instead of taking evasive action, a state of paralysis.

“The normalcy bias, or normality bias, refers to a mental state people enter when facing a disaster. It causes people to under estimate both the possibility of a disaster occurring and it’s possible effects.

This often results in situations where people fail to adequately prepare for a disaster and on a larger scale, the failure of governments to include the populace in its disaster preparations.

The assumption that is made in the case of the normalcy bias is that since a disaster never has occurred,then it never will occur. It also results in the inability of people to cope with a disaster once it occurs. People with a normalcy bias have difficulties reacting to something they have not experienced before.

People also tend to interpret warnings in the most optimistic way possible, seizing on any ambiguities to infer a less serious situation.”

What an incisive and indeed profound statement. What compounds our situation is the fact that our government is the perpetrator of the imminent danger.

The majority of us who are realistic enough to admit that disaster is looming are ironically optimistic enough to think it will only affect the neighbors, without examining why we think we will be spared. This attitude results in collective non-action.

One can only prepare for the size of the quake when one knows its anticipated magnitude. I submit that ZANU Pf alone knows the extent to which they will draw out their guns in their bid to retain power as such they are the only ones that have adequately made preparations for themselves and their families.

New York Times columnist David Brooks had this to say on normalcy bias, “many people do not intervene…very often they see but they don’t see.” He goes on to say, ” There is often a disconnect between what people say they will do during terrible events and what they actually do.”

This statement brings to mind, the opportunities that we lost during the Government of National Unity (GNU) owing to one man’s selective blindness after he had gained access to the state’s resources and all the self-endowed pleasures that came with the office. Morgan Tsvangirai will always go down in ZimbabweanÂ  history as the “Greatest Disappointment”.

The warning has been sounded in many different forms, for example the total collapse of the economy, the cluelessness of all in power to seek and implement remedies, to name but two.

The voices of Welshman Ncube and other opposition leaders have become like lone voices in the wilderness, yet they express the feelings of the majority. Before Independence I used to enjoy the series of opinion pieces from Cephas George Msipa entitled, “I Write As I Please”.

The situation was as desperate then as it is now. Our Education system churns out mostly unemployable graduands who cannot find the jobs in any case with unemployment levels sitting well above 95%.

Our health system has completely broken down as previously stated by cde Ilos Nyoni who is the mdc’s acting deputy secretary general, pestilence awaits us in both urban and rural it will be -all-right on-the-night kinda attitude because what we anticipate will happen has never happened before.

We all have different forms of coping mechanisms, perhaps the people of Zimbabwe have become too afraid to live, for fear of what tomorrow holds; perhaps we’ve forgotten what it feels like to live without fear of arrest for demanding what is rightfully ours to such an extent that it seems proper for Government to continue to strip us of our humanity.

We are so clothed in normalcy bias that we no longer have a breaking point.