HARARE: Energy Minister Samuel Undenge has admitted that rules were not followed in the payment of a $5 million advance to controversial firm Intratrek, but still insisted that the payout would not result in the loss of public funds. 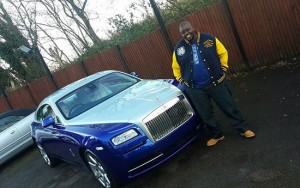 Undenge is under pressure to explain an unsecured advance of $5 million by the Zimbabwe Power Company (ZPC), the energy infrastructure subsidiary of power utility Zesa Holdings, to Intratrek, a company fronted in Zimbabwe by Wicknell Chivayo.

The payment was purportedly for preparatory work on the 100MW Gwanda solar plant, one of several power contracts that Intratrek has been awarded by the government.

In a statement on Tuesday, Undenge said ZPC had â€œerredâ€ in awarding Intratrek the $5million without following procedure.

â€œIt is true that each time public funds are advanced to service providers, there is a risk that the goods or service, as the case may be, may not be delivered. To mitigate against this risk, it is as a standard requirement that a bank guarantee is secured against possible failure to deliver. Such an inevitable requirement should have been considered in the case of a $5m advance payment to Intratrek by the ZPC,â€ Undenge said.

He said he had now met ZPC to ensure that â€œgoing forward, the relevant procedures and requirements shall be adhered to.â€

However, while Undenge admitted that rules were not followed, he defended the payment, saying it would not prejudice ZPC in any way.

The $5 million would pay for a feasibility study, environmental impact assessment, topographical and geophysical surveys, site civil works as well as fencing of the site, Undenge said. Subcontractors were already on site, he claimed.

â€œGiven the above, it is highly improbable or unlikely that there will be any real prejudice to the ZPC in respect of this particular advance. Thus, in this ministryâ€™s assessment, whereas the risk was there, in reality, there will be no financial prejudice and this in no way exonerates those who erred.â€

The government is under fire for awarding $600 million worth of power contracts to Intratrek and its partners, many of which have no record in energy, are facing fraud charges or are facing bankruptcy. In his statement, Undenge said he is never involved in the awarding of tenders by ZPC.

These managers, he insisted, decide on who gets the tenders before recommending them to the State Procurement Board.

â€œOne hopes that this account dispels the unfortunate misunderstanding that seems to prevail that my ministry decides on tenders relating to Zesa and its subsidiaries. For the avoidance of doubt, the management of these tenders is the responsibility of the relevant account officers in respect of their tenders and the ministry is not involved nor does it interfere with processes.â€

Undenge also referred to reports that he had ordered Zesa Holdings to contract Fruitful Communications, a PR company owned by Zanu PF MP Psychology Maziwisa. Without admitting his own role in the matter, Undenge said such contracts were common but should follow â€œdue processâ€.

â€œIt is common practice for big companies to outsource some of the services they require. Such outsourcing must be based on an appreciation of internal or in-house capacities or competencies. In other words, due process must be undertaken and only when the outsourced service will add value are such external services engaged.â€