Zimbabwe Civic Education Trust (ZIMCET) is escalating its efforts to build an empowered and informed citizenry. On 18 May 2016, ZIMCET in partnership with Heal Zimbabwe Trust (HZT) conducted a capacity building workshop for traditional leaders from Zaka and Bikita District at Nyuni Mountain Lodge in Masvingo. 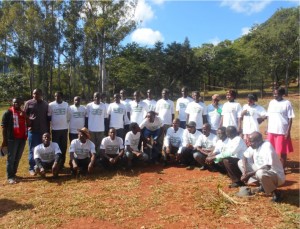 Group photo after the training

A call was made by the traditional leaders for ZIMCET and HZT to undertake such trainings on a wider scale as they believed traditional leaders across the country would benefit from the training. They also invited the two organisations to visit their traditional courts (dare) in the two districts and speak to communities on human rights and peace.