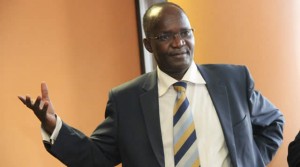 I strongly believe that Zimbabwe is not yet ready to introduce the policy of upgrading the colleges to universities. Jonathan Moyo is dangerous man! He is known for destroying institutions that he once led. He is behind the death of media freedom in Zimbabwe, he closed quiet a number of media outlets. He brought POSA/AIPA which resulted in the imposition of smart sanctions on Zimbabwe. Mr. Jonathan Moyo now wants to destroy the current ‘struggling’ education standards in our country.

Jonathan Moyo thinks he has powers to revoke degrees outside the university structures. Revoking degrees is beyond the mandate of the president, ministers, chancellors or even the devil. I am therefore urging all stakeholders in education to resist the proposed move (of upgrading colleges to universities) by the minister of higher education. We should not allow Zimbabwe to be like Nigeria.

The minister of higher education (Jonathan Moyo) was recently quoted by the media highlighting his ambition to upgrade colleges/Polytechnics to the universities. Kenya introduced the policy some years back but nothing positive has been achieved so far and the country is currently struggling with the highest number of ‘unemployed graduates’ in Africa after Nigeria and Zimbabwe. It happened in Nigeria long back, colleges and even secondary schools were turned to universities. The image of Nigerian graduates is in bad taste globally because of a bad policy that Jonathan Moyo wants to experiment in Zimbabwe.

There is no one who can refute the fact that â€˜all animalsâ€™ are not equal in the education kingdom. It is very difficult and abnormal for everyone in a country to be a degree holder. The aim of the policy is to declare a degree a minimum qualification entry for teaching and if the policy is to be implemented, college (certificate/diploma) qualifications will be phased out in the near future.

In countries were universities grow like mushroom, the credibility and quality of degrees become questionable. Under normal circumstances each and every country should have more certificate/diploma holders than the degree graduates. Certificate/diploma holders are ‘obedient servants’ while degree holders are ‘masters’ and it is therefore questionable to train a lot of masters at the expense of servants. Who will then clean the toilets?

The current state of university education in Zimbabwe is at its knees and our local universities are rated poorly at international level. There is mass exodus of competent university personnel and brain drain is the order of the day. I do not think that the minister of higher education is on the right track!

I also strongly believe that the minister of higher education did not consult adequately with intellectuals from our local universities and handling universities is different from handling primary and secondary schools. A university is a â€˜small State in a Stateâ€™ and politicians should not interfere with its operations.

A university is a self motivating/perpetuating institution and the minister should decentralize power when trying to make a huge decision like upgrading of colleges to universities. The minister of education should avoid interference with the operation of our local universities. Jonathan Moyo should grasp the fact that universities are completely different from primary and secondary schools where a minister is given powers to interfere with their operations.

The role of State is to provide resources, capacity and freedom to local universities in order for them to achieve their local and international goals. Â It is clear that minister Jonathan Moyo is interfering with university education in Zimbabwe. The threat by Jonathan Moyo to revoke the degree of Mr. Dombo is a living testimony.

The decision to revoke a degree is not the duty of the president orÂ  minister of education. Universities are independent institutions headed by the University Council, Senate, Faculty Assembly etc. These structures are allowed by the law to revoke Mr. Dombo’s degree and it is not the duty of president/minister/university vice chancellor to revoke (or threaten to revoke) degrees. The decision should be reached after following the right procedure.

The other key problem to the poor performance of public universities in Zimbabwe is their Chancellor (Mr. Mugabe). How can one person become a Chancellor of all State Universities in Zimbabwe for more than 30 years and manage them well? How can a 92 year old lead serious intellectuals without conflict? I am now doubting the credibility of our ‘so called’ professors in our public universities who are not able to challenge the 92 year old destroyer. Mr. Jonathan Moyo should draft a bill to stop the Head of State from becoming the Chancellor of all State Universities. We need to employ competent professors to theÂ  Chancellors’ positions and not politicians.

Do you think Jonathan Moyo is a suitable candidate to lead ministry of higher education? After destroying media freedom in Zimbabwe, should we trust Jonathan Moyo to carry the future of our children in his ‘evil’ hands? What is the relationship between the poor ranking of UZ at international level and the controversial PhD of Grace Mugabe? Should we ask UZ Council to revoke Grace Mugabe’s controversial degree? Time will tell!

Don Chigumba is a political activist based in South Africa