Worldwide dictators usually rise and thrive by acting above the law. 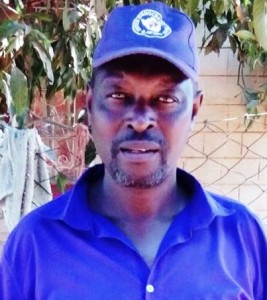 This journalist has learnt that the United Democratic Frontâ€™s (UDF) National Executive in the Midlands refuses to acknowledge the party president, Silence Chihuri as their 2018 presidential candidate, citing gross incompetence.

‘Naive, unprofessional and heavy handed’ is the way the self-exiled, UK based Chihuri is described by the UDFâ€™s vice national organising secretary, Gideon Magadzire who claims to be the new partyâ€™s national spokesperson.

â€œWe sincerely regret that that we introduced Chihuri to the people as the leader of the UDF. The fact is that he has been relieved of his duties. Silence Chihuri was and always will be a phony. He promises milk and honey, but that is a lie. We now strongly believe that he is a Zanu PF spy.Â  All he has done is to try to dismantle powerful opposition parties. He has not set his foot in Zimbabwe to see the situation for himself,â€ said a troubled Magadzire.

Former teacher, Magadzire further castigated the Christian party leader for using, what he termed, ‘cell phone campaigns’ rather than operating on the ground.

â€œIn politics one has to be practical. How can someone who aims to rule a country run a political campaign through Whats App? He is a WhatsApp politician. In this country cell phone campaigning will not work. A leader must lead others to lead themselves by being on the ground with the masses and at the forefront of the fight. Leading a party while in exileÂ  will never work. A number have tried this before without success,â€ he said.

Magadzire chastised Chihuri for refusing to join hands with other democratic forces at a time when many are voicing their dissatisfaction and anger with the ZanuPFâ€™s misrule and empty employment promises through protests dubbed â€˜Shut down Zimbabweâ€™. This, mostly peaceful, protest has swept across the nation although there were a few incidents ofÂ  violence clashes between armed police officers and protestors.

â€œI feel that we are being lied to on several issues and honestly, I am as frustrated as everyone else. If Mr Chihuri still maintains that he has a plan, then it has taken too long to materialise considering all that has happened. We have inevitably lost all faith and hope in him,â€ said this young UDF official.

In a telephone interview conducted by this journalist with a Mr Chivasa, the latter advised that he would support a political party if it could bring changes, could emancipate citizens and replace a corrupt and constrictive government.

â€œIn this respect Mr Chihuri hasnâ€™t been very helpful. He is not exactly acting in the way expected of a leader. He doesn’t even bother to visit his people to see how they are living. Its absurd,â€ said Chivasa in the interview.

Responding to WhatsApp questions, a seemingly emotional Chihuri commented as follows: â€œI told you we donâ€™t do our politics in newspapers. I was very clear to you about this, so nothing has changed.â€

When pressed to confirm whether he had been advised of the ‘vote of no confidence’ expressed by the executive of the UDF, Chihuri said: â€œif you want to print the story as you have been told please go ahead. Our party is not just in Gweru, my brother; we are in all the provinces of the country.