This journalist has learnt that media stakeholders have slammed the ZanuPF crafted 'Computer and Cyber bill', citing it as an unnecessary evil designed to kill investigative journalism. 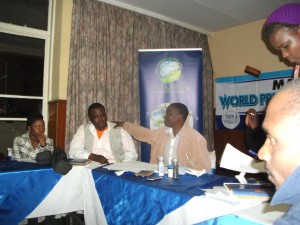 These concerns were recently aired at a meeting hosted by the Media Institute of Southern Africa (MISA), Zimbabwean Charter at a local hotel. Attendees were residentsâ€™ association representatives, lawyers and journalist among others. All described the bill as a ploy by the ruling party to suppress media freedom and freedom of communication.

While reading part of the draft, MISA legal officer, Jacqualine Chikakano, narrated that the bill empowers the police to intercept private communications, search and size any electronic gadgets, a development that prompted whispers of disapproval from the gathering.

Journalist, Delicious Mathuthu stated that the impression given by the bill is that it aims to censor social media and kill investigative journalism at a time when corruption is a serious cancer in this country that needs to be exposed and uprooted.

â€œDespite the bill claiming to be a noble idea for cyber security some of the sections need to be reviewed for the security of journalists and the man in the street as most communication is done through computers nowadays.Â  From a journalistic perspective the bill criminalises investigative journalism and removes the watchdog role of the media, especially sections five and six. As no corrupt individual will ever present evidence of his own corrupt activities journalists have to employ alternative means of sourcing information for the public good,â€ said Mathuthu.

Mathuthu added that instead of holding people to account for their actions, especially those in public offices and influential position within corporates, journalist could find themselves spending time behind bars for accessing information in the interest of accountability and the public.

According to a copy of the bill in the hands of this journalist, any information received or sent by members of the public using social media such as face book and WhatsApp or internet message can attracts a jail term of five years or a fine not exceeding level 10.