Members of the private sector have come out to pay tribute to the Midlands Aids Service Organisation (MASO) for the high degree of HIV/Aids programmes Implemented since inception of the organisation. 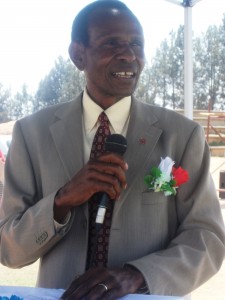 In his message of solidarity at the organisation’s silver jubilee held at the Mkoba stadium, District Health Officer, Dr. Mureyani said that the Ministry of Health and Child Welfare were deeply indebted to MASO for their continued hard work.

â€œTheir service philosophy of community health activism over the past 25 years remains outstanding. Since the advent of the HIV pandemic, their community home based care programme has been the watershed programme that addressed the out of hospital challenges of people living with HIV and reduced the stigma associated with HIV/Aids,â€ said Dr. Mureyani.

MIMOSA mining companyâ€™s health officer, Blessing Mavhemwa, echoed these sentiments, spelling out the reason why they decided to be part of the celebrations: â€œThe company was losing employees to HIV/Aids and related illnesses such as TB.Â  At that time there was no treatment available, and our productive workforce was shrinking, said Mavhemwa.

â€œWe eventually established an extensive wellness programme by providing voluntary counselling and anti retro viral medication. MASO was by then our major stakeholder and that is why we are at this event,â€ added Mavhemwa.

Chief executive officer Mrs Veronica Nhemachena, made the following statement: â€œToday we celebrate 25 years of MASO, which is a unique achievement and a major milestone. We celebrate today and honour the men and women who founded this organisation and who continue to strive to break the hold of stigma and discrimination associated with Aids,â€ she said.

A number of private company representatives praised MASO for playing a pivotal role in providing programs that help to alleviate the physical, emotional and financial pain of people living with HIV/Aids and who continue the fight the disease.

MASO aims to create an AIDS free future for everybody not only in the Midlands but in the whole country.

Speaking on behalf of the provincial medical director, the National Aids Council’s chief executive officer, Dr Tapuwa Magure said that MASO is in a period of ‘Resilience and Sustainability’ characterised by reduced funding and stiff competition for the reduced resources by many other players in the sector.

However a positive factor is that MASO has survived the period of transition from Zimbabwean dollar to a multi-currency system and emerged much stronger.