The Combined Harare Residents Association (CHRA) notes with concern that sporting activities are being manipulated to provide avenues for officials at Harare City Council to loot public funds. 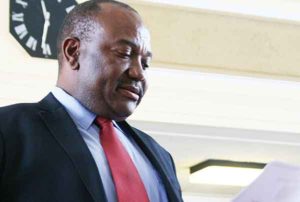 The Mayor of Harare, Councilor Bernard Manyenyeni has just revealed that the Harare City Council’s Basketball team “is off to Swaziland in the next few days for a tournament” and according to him, the total expenses for the team’s trip amount to $84 682.00.

The expenses, according to Mayor Manyenyeni are broken down as follows;

The development comes at a time the Harare City Council, according to Mayor Manyenyeni is failing to collect refuse in residential areas due to non-availability of funds to buy fuel for refuse trucks.

In as much as we support sports development, CHRA is against a situation whereby sport takes precedence over effective service delivery.

It is disturbing that the Harare City Council would award more than $15 000 as allowances to councilors and executives travelling for a sports tournament at a time service delivery is at its low and residents are being exposed to various diseases due to non-collection of refuse and erratic water supplies among other factors.

We reiterate that lack of transparency and accountability as well as failure to prioritize service delivery is largely responsible for the poor state of affairs in Harare.

Mayor Manyenyeni is on record saying that sports expenditure at Harare City Council is shrouded in secrecy.

Such a situation is certainly unacceptable especially at a time council is blaming non-payment by residents for its failure to provide effective service delivery.

CHRA is concerned that public funds are being looted in the guise of promoting sports development and all this is happening at the expense of effective service delivery.

CHRA calls for effective monitoring mechanisms that allow for transparency and accountability in the use of public funds at Harare City Council.