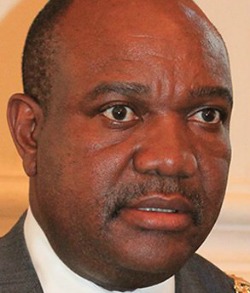 Investigations at several district offices in Harare revealed that revenue collection plummeted following the engagement of the debt collectors by the Harare City Council.

This is largely attributable to the fact that Wellcash Debt Collectors were not remitting some of the money collected from residents to council.

Residents confirmed during a series of public meetings organized by CHRA that following numerous threats from the debt collectors, they paid huge sums of money but were shocked to discover that the money was not credited to their accounts.

Harare Mayor, Councilor Bernard Manyenyeni supported CHRA’s findings when he said that “it cannot be true that the debt collector had significantly improved council’s revenues”.

His assertion goes against propaganda claims by management at council who were seeking to justify the operations of Wellcash Debt Collectors on the grounds that revenue collection had improved since the debt collectors were contracted to recover money owed by residents.

Recently, the City of Harare Corporate Communications Manager, Michael Chideme announced that the local authority’s revenue inflow between January and March 2017 had improved with council raking in $38 million.

He said this was as a result of “services rendered by our debt collectors”.

CHRA views these claims as nothing but sheer propaganda and an attempt to justify the unlawful.

For the record, the Harare City Council collected a total of $155 million in 2016 and this translates to an average of $12.9 million monthly which is above the average figures ($12.6 million) collected between January and March this year.

During meetings organized by CHRA, the residents said public litigation was necessary to compel Wellcash Debt Collectors to remit the money they paid to council.

CHRA, in conjunction with other partners will work on the public litigation process to ensure residents get justice.