The recent statement by MDC President Morgan Tsvangirai titled “We are on Course” as published by NewsdzeZimbabwe.com is not truthful. We are not and have never been on course regarding a grand coalition. 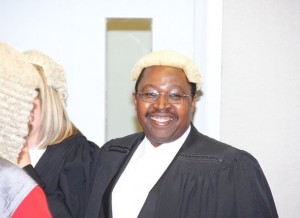 Maybe Tsvangirai was talking for himself in which case that should not be fed to Zimbabweans as gospel truth as it can be misleading. If the statement was meant to include the opposition family as we know it, then that was an incorrect statement. I believe other opposition parties and stakeholders feel the same too.

In a recent article entitled “Unlocking the Coalition Conundrum” Zunde exposed the dangerous course the MDC-T and those political groups that met secretly in Cape Town were taking. The MDC or any opposition party cannot ostensibly control the formation of the anticipated grand coalition. An effective coalition will only materialise and grow if it is created by and comes directly from the people.

In democratic and constitutional law terms, there is what is called constituent power, that power whose origin is none other than that which the people themselves grant to their chosen authentic representatives to formulate the laws that create democratic institutions that further their fundamental aspirations, rights and will. This constituent power is contrasted with what is called constituted power, the power that parliament, legislation and statute create. We are not concerned about the latter.

For a grand coalition to be the legitimate voice of the people, it must be formed and mandated by the people through stakeholders and interest groups who represent the entire spectrum and diversity of our people. There are no shortcuts to it. It follows therefore, that the MoUs and the mini coalition created secretly in Cape Town a month ago are as illegitimate as they are unnecessary. They are a product of someone unilaterally picking and choosing their preferred partners to form a grand coalition without the mandate of the people of Zimbabwe.

In the end, we will have a creature that lacks legitimacy, an animal which will devour the people’s struggle and destroy our dreams. We cannot afford it because that means the people’s project will have been highjacked by a few power hungry monsters that will stop at nothing in their quest for political relevance and self-aggrandisement. Some of them have started jostling for positions when the focus should be on bringing our people together.

Zunde has proposed that as a starting point, we need a diverse and inclusive Stakeholder’s Council to come together in an organised, open and participatory forum that will give birth to a grand coalition. It must be owned by the people and not by one political party. It is a matter of establishing trust and ownership of the future together. The grand coalition needs a mandate and a structure to follow. Without it we can never claim to be on course.

The people cannot just accept it because the MDC or someone else has said we are on course. If anybody intends to do it their own way, they are free to do so but let no one mislead the people by giving false assurances. Also, Tsvangirai must look closely at the people who suddenly purport to be his close advisers. Some of them are cunning spoilers and desperate opportunists that are there for the crumbs, nothing more. It is these same people that may cause unnecessary tension and division as we try to build a grand coalition. We must leave the old, retrogressive and dirty politics of “Tamba wakachenjera” to ZANU PF.

Transparency is an essential element of democracy. There is no substitute for it. Tsvangirai grabbed the opportunity to introduce something he called transformational policy agenda. Coming up with something like that, without expert input and wide consultation is not a reflection of good leadership. A leader relies on good advisers and experts who are skilled in their respective areas including the policy process. Unless you have studied governance and are skilled in it you may never understand how good government policy comes about.

Formulating and implementing policy a day after winning an election cannot bring about good governance. The policy process is a science on its own that people go to university to study and understand. There is a difference between effective policy and political rhetoric. Policy is not what ZANU PF ministers do by excitedly making public announcements at a political rally. Those qualified and skilled in governance will find that totally surprising. Let policy-makers do what they do best. Politicians must keep to their political domain and stop pretending to be policy specialists. We cannot be everything!!!

Ultimately, the truth is we have not started the grand coalition journey in earnest. There is serious discord in the national choir that needs to be addressed before we start singing in front of the people. As ZUNDE has mentioned previously, we need students, workers unions, business sector, farmers, civil society, war veterans, churches and political parties under one roof to agree on the basic need to fight the forth coming election collectively with one presidential candidate. In short, we need everyone who genuinely cares about the future of Zimbabwe. This is what we must strive for. And those who come to the table must do so with Zimbabwe in mind, not their selfish interests.

There is hardly six months before 2018. Mugabe likes to make surprises. Given his failing health and advanced age, he can call for an election much earlier than expected, even as early as March or April. If that happens, the opposition will be totally unprepared unless we set a programme of action now. This is a call for action, decisive action by the entire family of progressive democrats, whoever or wherever they are. We certainly can’t afford to go into this election unprepared and fragmented.

Interim President of ZUNDE, Exiled Judge of the High Court of Zimbabwe.