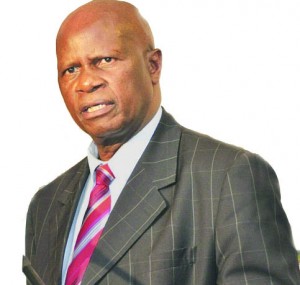 This came out at an International Conference hosted by CiZC, SAPES Trust, Chatham House and NED.  There was general consensus among stakeholders gathered in Harare last week for the international conference on the need for CSOs to invest in establishing regional and international avenues for lobby on the Zimbabwe crises. Stakeholders scored on the importance of the Regional Information and Advocacy Programme run by CiZC and urged the coalition to create more opportunities for civil society interface with regional solidarity partners and heads of states. Prior to the conference the Crisis in Zimbabwe Coalition convened a panel discussion and commissioned a research paper on international reengagement.

Bella Matambanadzo, consulting on behalf of the Coalition noted that a successful international reengagement should be mirror said sound grassroots movements of resistance and resilience by oppressed citizens with a potential of creating spaces for reengagement with the global community. “Connect the local with regional struggles through radical solidarity movements that offer a left leaning option to the right wing realities we are encapsulated in,” said Matambanadzo.

She said failure by the oppressed to demand justice and the restoration of peace would see Zimbabwe fail to restore the credibility of democracy. “Expunge nervousness of African citizens home and away. Create new sites of knowledge generation, production and meaning,” added Matambanadzo. Glanis Changachirere, the Director of Institute for Young Women Development emphasised the importance of inclusive initiatives that will ensure equal representation and participation of young women.

She urged CSOs to “speak the language that connected to the daily challenges affecting ordinary citizens”. Pedzisai Ruhanya, the Director of Zimbabwe Democracy Institute (ZDI) emphasized the importance for CSOs and social movements to reinstate a civic political culture in the population which should centre on encouraging longsuffering and undying determination in breaking down the foundations of authoritarianism in Zimbabwe. “Focus should be on the adoption of vibrant, persistent outdoor activism and radicalism in the civil society and social movements. Sporadic and clandestine activism has proven infertile,” he said.

Other speakers emphasized the importance of collaboration among CSOs as a way of ensuring that their interventions were well coordinated and had impact. There was consensus that sporadic interventions by CSOs would be ignored and would not yield the desired results.

Addressing delegates at the conference, Finance Minister, Patrick Chinamasa is on record saying Zimbabwe needs to reconnect with the world as a way of creating an enabling environment for the country to escape its economic quagmire. Delegates who attended the conference however said while it was evident that re engagement was key for Zimbabwe, there was need for the country to uphold global commitments to upholding human rights.

Gilbert Mudenda, from Zambia pointed out the importance of regional partnerships, adding that regional solidarity was key especially when advocating for democracy. “When regional CSOs add their voice to a particular issue in a country, government will realise that they are in a spotlight regionally and this may influence action,” he said. The two day International Conference, which was attended by representatives of over 50 civil society organisations working in Zimbabwe drew the participation of government representatives, members of the diplomatic community, business, labour, students, the academia and regional CSOs. Over 300 delegates attended the event.