So, Zanu PF is making another frantic attempt to steal the election through manipulation of the voters roll. This explains why Rita Makarau has been changing statements regarding the procurement of the computer equipment, because she has been instructed by her bosses, Zanu PF, to accommodate fraudulently registered Zanu PF supporters as has been exposed by the MDC-T who noted the attempt to surreptitiously bus their members to Taguta’s shrine for a voter registration exercise. Thank MDC-T for being vigilant. All other parties and persons willing to contest as independent candidates in the 2018 election should be equally vigilant. 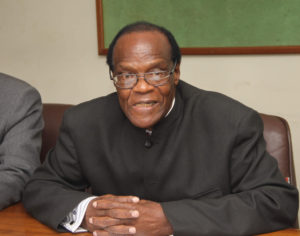 The exposure by the MDC-T explains why those in charge of elections have to date not released the voters roll used in 2013 which as used to Nikuv Zimbabwe of their victory. In that year’s election, my brother who lives in Mount Pleasant failed to find his name on the voters roll when he visited a polling station close to his house. He was committed to vote for change and had the time and resource to go to the command centre, where he found tht he had been moved to Mazowe. Fortunately, he had the energy and the resource to travel to Mazowe to cast his vote. So this is what Zanu PF wants to do again in 2018? The trick is that they will register their supporters secretly, and then displace some people on the voters roll and place them in different voting centres altogether, and come polling day, their names are not found at the centres the registered to vote. This is why Zanu PF is so confident of winning. This is why the unthinking will blame Morgan Tsvangirai for the MDC-T’s perceived loss in 2013. Instead of endlessly haggling over who should be the Presidential candidate, opposition parties should stop wasting time over that and allow the most popular party to choose a candidate from their ranks. It should not necessarily be the leader of that party, but that party identified as the one with the biggest following should be allowed to identify for themselves. It could be Morgan Tsvangirai, Thokozani Khupe, Nelson Chamisa for the MDC-T if the parties are agreed that the MDC-T has the biggest following. It could be Tendai Biti, Solomon Madzore or Lucia Matibenga if the parties involved agree that the PDP has the biggest following. It could be Mai Mujuru or anyone else if the parties agree that Amai Mujuru or Sipepa Nkomo if the parties think that the National People’s Party has the biggest following. But let me say it very loudly and clearly that the parties themselves know the truth, and if any party continues to argue over which party has the biggest following, they cannot be taken seriously and should be left alone to do their own thing. Dr. Nkosana Moyo has said the truth that you cannot mix oil and water, so let be it. Zimbabweans who want change are fed up of this haggling over post, and parties must respect this. Collectively, all parties should monitor Zanu PF’s shenanigans and pre-empty them. And the positive elements within Zanu PF, or within the institutions that are being abused by Zanu PF, such as the Registrar General’s Office, the Zimbabwe Elections Commission and any other bodies must taking it upon themselves to leak any act s of election fraud Zanu PF may be planning so that those are exposed to. Whether all the 50 political parties in Zimbabwe form a coalition and agree on a candidate, they may still be Nikuved by Zanu PF, so the most important thing other than fighting for positions is to work hard to pre-empty Zan PF’s evil machinations designed to rob Zimbabweans of victory. This election must be Zimbabwe versus Zanu PF. It must be an election of the Good Versus Devil Zanu PF. It must be an election pitting the People against Diabhorosi Zanu PF. It is high time SADC, the African Union and the United Nations noticed these shenanigans and intervenes in Zimbabwe’s elections. This practice should never be allowed to continue. Zimbabweans have suffered enough, and this must come to an end.