At the rate at which things are going, a complete opposition coalition against Mugabe in the 2018 elections is impossible. While every other party seemed to be interested in a coalition, albeit for different reasons, in came Dr. Nkosana Moyo, who rubbished the concept of a grand coalition against Zanu PF altogether. Well, Dr. Moyo has the constitutional right to decide not to want to be involved in a coalition, so does everyone else. 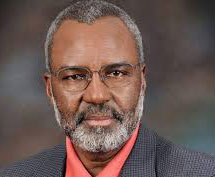 And even between the parties who have signed memorandum of understanding, namely between the MDC-T and the National People’s Party, there is intensive lobbying by either party as they claim their leader is the most appropriate person to lead, the latest I have read being a claim by Sipepa Nkomo who claims Amai Mujuru will do better than Morgan Tsvangirai.

While the most logical thing to do in the eyes of most people would have been for all pro-development Zimbabweans to rally behind the popular candidate as politics is a game of numbers as supported by Professor Ncube’s MDC and a few others, developments on the ground seem to show that the debate on who should be candidate can go on until Mugabe announces the election dates. Bearing that in mind, I salute the MDC-T who have given a deadline to the coalition negotiations as there is much more to do to break through Zanu PF’s wall of dirty tricks to win elections, and adequate time needs to be accorded to concentrate on strategies to counter Zanu PF dirty machinations. If it takes this long to decide on who should be the presidential candidate, imagine how much time it will take for parties to agree on the candidates for the parliamentary and council contests? Even within parties, we are likely to see a few ugly fights for positions. So, in my view, if there are to some coalitions, let them be among those parties who naturally like each other and are able to conclude negotiations in a reasonable space of time. I am actually impressed that the Tendai Biti lead People’s Democratic Party are on the verge of announcing their 120 parliamentary candidates, and hope that every other party does the same. That is how the parties can demonstrate their claim for legitimacy. After all, even Amai Mujuru has said before that parties must be free to field candidates f their own in parliamentary and council elections. The most important thing, in my view, would be that all opposition parties, despite fielding different candidates, should then join hands in fighting Zanu PF’s rigging strategy which revolves around manipulating the voters’ roll, violence, intimidation, lies, treating the electorate in various ways to hoodwink them into accepting Zanu PF as a caring party, abuse of state resources to finance its campaign programme and frustrating the electorate using various means. Every party and independent candidate participating in the election should keep an eye on the ball. All cases of abuse of the electorate, including intimidation, denying food and other inputs to the electorate on the basis of political affiliation, physical attacks on the electorate due to their political choices and many others which I may not list here should be recorded and taken to the Zimbabwe Elections Commission, Mugabe’s Office in case he personally finds time to view the documentation, SADC, the Africa Union, the United Nations and possibly embassies with representation in Zimbabwe and any other institutions the parties or independent candidates may know of that could intervene by causing Zanu PF to change its ways and resort to prudent means of. But the Zanu PF I have known for years will not easily change, so the efforts by all progressive Zimbabweans should be very intense. Zimbabweans should not just leave it to political parties and participating independent candidates to thwart Zanu PF, but everyone, including those in the diaspora, should play a part. Every right minded Zimbabwean must encourage their family members, especially those in the rural areas who are more vulnerable, to go and vote against Mugabe and Zanu PF candidates. Tell them their vote is their secret, and they should exercise their right to choose leaders of their choice. Tell them that if there are fears they may be attacked by Zanu PF terrorists before the election, they must pretend to like Zanu PF, but know what to do in the ballot booth. From my interaction with my friends and family in the rural areas, 90 percent of the population are fed up of Zanu PF, but it’s only the fear factor that still remains, and it is that fear that democratic forces must deal with, and Zanu PF will be history. MDC-T leader Morgan Tsvangirai has already said if Mugabe defeated him in a free and fair election, he would be the first to congratulate, so the challenge is Mugabe and Zanu PF, if they had all their senses normal, to give Zimbabweans the opportunity to freely elect their leaders. Robert Mugabe should stop protecting those who murder to retain him in office, a lot of whom he has unashamedly pardon if he wants to die with a clear conscience. My message to Zimbabwean is, 2018 is the last chance in the next 50 years to retain the country to normalcy. Voting Mugabe and Zanu PF parliamentarians and councillors will be the final nail in Zimbabwe’s coffin.
Vote wisely in 2018, vote out the party that frog marches you to attend their rallies against your will, the party forces civil servants in the rural areas to donate towards Zanu PF rallies and other activities, the party that forces you to queue behind a headman and show where who you have voted for in an election which is supposed to be a secret ballot, the party that denies you food aid that is sponsored by donor organisations because you have a different political choice, the party that tortures you or your relatives and friends for exercising your political choice. Vote to end these heinous acts perpetuated on innocent civilians by a party which claims to be a popular party. Please let us all spread this message to all our friends and family who are subjected to Zanu PF intimidation and harassment.
Post published in: Featured