Harare - The IMF has issued a bleak assessment of Zimbabwe’s economic situation, and advised that government spending on wages and agriculture are unsustainable. 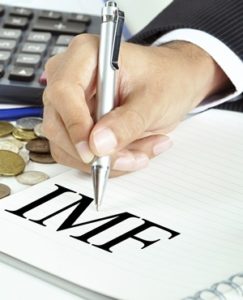 Most of Zimbabwe’s budget goes on paying civil servants, and this week the government unveiled plans to fund the 2017-18 agriculture season to the tune of half a billion US dollars.

“The expenditure profile tilted towards employment costs and unsustainable agricultural support is inhibiting investments in other priority sectors,” the IMF said in a statement late on Friday.

On the streets, the effects of Zimbabwe’s economic downturn are visible in the painfully long queues outside most banks as depositors struggle to withdraw money.

Bond notes, a quasi-currency with an official rate equal to the US dollar, were issued last November to ease cash shortages but have failed to do that.

In its statement, the IMF board warned the government to restore currency confidence to safeguard Zimbabwe’s fragile financial sector.

Zimbabwe’s bond notes are backed by a $200 million loan from the Cairo-based Afreximbank and officials have said Harare may soon borrow more, which could result in more bond notes.

But in its medium-term outlook, the IMF warned of the consequences of the not cutting spending: “The government would have to finance the deficits by expanding the (central bank) overdraft, issuing Treasury-bills, and supplying bond notes at an increasingly high cost.”

It said this would fuel shortages and inflation.

“The deteriorating situation would exert a heavier toll on the most vulnerable. The resulting growth slowdown and collapse in confidence could lead to financial sector distress and social tensions,” it added.

In an editorial on Friday, the respected financial weekly, the Zimbabwe Independent labelled bond notes “a bad currency”.

“As everyone has seen, bond notes, far from solving the cash crunch, have actually facilitated the mopping up of US dollars, leaving the market high and dry,” it said.

“Printing more bond notes will only stoke the fires of inflation…. What is needed is fiscal discipline, enhanced productivity, far-reaching reforms and political change.”