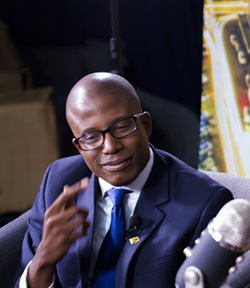 The four Kwekwe residents, who were arrested together with eight other residents in the Midlands province’s capital were granted $100 bail while their co-accused were denied bail after ZRP officers claimed that their investigations were not yet complete.

ZLHR lawyer Clifford Chinamatira of Mavhiringidze and Mashanyare Legal Practitioners will now petition the High Court and file an appeal against the denial of liberty to his clients.

As the commuter omnibus operators’ protest was aimed at exposing organised police corruption, the ZRP officers reacted violently and attacked some innocent and non-violent civil citizens, including those who were not even part to the protest.

Meanwhile, Harare Magistrate Nomsa Sabarauta on Friday 28 July 2017 registered her displeasure at the conduct of the State, which was represented by Oscar Madhume whilst dismissing Lumumba William Gerald Mutumanje’s application for refusal of further remand.

In a strongly worded ruling, Magistrate Sabarauta said the State’s dishonourable conduct was resulting not only in a waste of the Lumumba’s time and resources but that of the court as well since this matter could have been finalised at the Constitutional Court.

However, Magistrate Sabarauta ruled that Lumumba, who is represented by David Hofisi of ZLHR should be given time to reinstate his Constitutional Court application and so remanded the matter to Thursday 17 August 2017 to enable the opposition political party leader to do so.

Lumumba had petitioned Magistrate Sabarauta seeking to be removed from remand on charges of undermining authority of or insulting President Robert Mugabe.

On Wednesday 24 May 2017, the Prosecutor General, represented by Edmore Nyazamba had undertaken before the Constitutional Court to withdraw charges of undermining authority of or insulting President Mugabe in the Harare Magistrates Courts by 12 June 2017.

This came after Lumumba’s lawyers Advocate Zvikomborero Chadambuka instructed by Hofisi petitioned the Constitutional Court challenging the constitutionality of the charges filed against him arguing that the State was violating his right to freedom of expression in terms of Section 61(1) (a) of the Constitution.

Lumumba, a former ZANU PF youth leader, was arrested on 30 June 2016 and charged with undermining authority of or insulting President in contravention of Section 33 of the Criminal Law (Codification and Reform) Act (Chapter 9:23).

In the Constitutional Court, Nyazamba undertook to withdraw charges in the lower court by 12 June 2017 and as such, the matter was removed from the roll by consent for the reason that it had been withdrawn in light of the State’s commitment.

But in an about turn, Justin Uladi from the NPA on Monday 12 June 2017 chose not to withdraw charges against Lumumba, the 28 year-old leader of VIVA Zimbabwe political party and instead applied to be granted a trial date for Lumumba’s case.

Uladi told Harare Magistrate Nomsa Sabarauta that the NPA as queries regarding Nyazamba’s authority to have undertaken before the Constitutional Court to withdraw charges against Lumumba.

However, Lumumba’s lawyer, Hofisi of ZLHR, counter-applied and told the court that this treachery by the State was indicative of institutional insincerity and lack of due regard for the proper administration of justice.

Hofisi explained that the NPA as represented by Nyazamba had committed one thing at the Constitutional Court but Uladi was now singing a different tune and as such, the NPA was approaching the court with dirty hands.

Hofisi also counter-applied for refusal of further remand for the court to protect its own integrity.

But Vernancia Mtake from the NPA insisted that she had instructions to proceed with the trial of Lumumba.