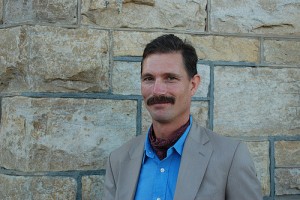 Please do read this account and encourage the church to stand against the evil which is happening right now.
Let us stand together against this evil. Please pray for the Smart family at this difficult time.

The handling of the on-going eviction story of the Smart family and their workers by a prominent Bishop is fundamental to understanding where we are – and more particularly where the church is – in our handling of justice and injustice in Zimbabwe today.

I encourage this report to be sent to Christians and church leaders both inside and outside Zimbabwe. The church ought to be the moral conscience of the nation, and it needs to act.

The facts of the case – very briefly – as relayed by the Smarts and others are these: the Smart family bought Lesbury and other farms and developed them over the last 80 years or so. By the year 2000 they had bought approximately 8000 hectares of land which they were farming very productively. Soon after the year 2000 they came to an agreement with government offering 90 percent of their land to government and retained 700 hectares – of which only 120 hectares is arable. No compensation was paid for the land they gave up but the government agreed they could carry on cropping on the 120 hectares left to them.

The Tandi people lived in a good relationship with the Smarts all around them.

Approximately fifteen years after the government agreed that the Smarts could continue farming on their much reduced land area, Bishop Manhanga arrived with an offer letter in 2016 – but no demarcation map – and said he was taking over 100 hectares of the remaining 700 hectares of Lesbury.

The Bishop returned under cover of darkness and painted trees with the lands officer to demarcate what he wanted, but he never came to the Smarts to tell them what he had demarcated for himself. It appears that he demarcated the homesteads for himself.

On subsequent visits he said to the Smarts that he was sick and tired of white people and threatened the Smarts with jambanja. He sent a wooden cabin with his workers to establish a presence on the farm.

The Smarts workers were angry that their homes and livelihoods were threatened by the Bishop, and of their own volition immediately took the cabin down and sent it back.

Bishop Manhanga arrived towards the end of 2016 in a new, very expensive black Toyota Land Cruiser with the number plate of “PAOZ 1”. (The Bishop is evidently “number 1” in the Pentecostal Assemblies of Zimbabwe and was using a church vehicle to carry out his jambanja). He put up a new cabin in front of the Smarts homestead gate. It was a weekend and the Smarts workers had just been paid. When one of the workers hit the farm assembly siren button a running battle began with the Smarts workers and the Bishops workers over the Bishops workers cabin being erected. Police immediately put Rob Smart and his son Darryn in jail to sleep on the concrete. Rob is 71 years old.

Over the next few months it became clear to the Smarts that Bishop Mhananga and Inspector Nyakawedzwa from Rusape police station were working together. The Bishop was referred to as “boss” by the Inspector and from there on the Smarts had to answer charge after charge in the magistrates court – none of which charges they have been convicted of. This harassment by police has all been instigated by the Bishop.

On one occasion in April 2017, when the Smarts were not present on the farm, the Bishop got into an altercation with the Smarts workers and in driving off Bishop Mhananga smashed into an old lady called Servilia, knocking her over and leaving her bruised on the side of the road. Inspector Nyakawedza came out immediately and tried to arrest Rob Smart for grievous bodily harm against Bishop Manhanga! Fortunately the Smarts lawyer intervened and the Inspector discovered the truth of the situation. The Bishop was not arrested for hitting the old lady.

The messenger of the court arrived on the farm to give an eviction notice to Rob Smart on the 31 May 2017. Rob had never had any summons and had never been asked to appear in court over this eviction. He contacted his lawyer and was told by his lawyer that the process was flawed as there should be a court case where he could put his arguments if eviction was imminent. One of the Chiefs has taken the Bishop to court as the Tandi people do not want the Bishop on Lesbury. This case is still before the courts and lawyers were confidant no eviction could therefore take place.

Shortly afterwards, when Rob Smart was not present, police arrived. They broke into the office and ransacked it even breaking into the safe. When the workers tried to resist, tear gas was fired.

After the police had left Rob returned to his house, but police arrived again in force with 16 riot police all heavily armed as well as numerous other policemen and thugs. They ransacked Robs house and also his son Darren’s house. Police took Robs phone so he couldn’t make calls to his lawyer or anyone else or take photos and video the damage that was being done. His phone still hasn’t been returned to him.

When they came to Darryn’s house, Darryn demanded to see the paper work that allowed them to evict him insisting there was no eviction order for him, but police said they didn’t need paperwork.

Darryn’s young boys became hysterical as police barged in. They didn’t even manage to get any lego or teddy bears. They had to retreat into the hills on the farm for safety. It was clear to Darryn that the police knew they were doing wrong on the Bishops bequest because some of the police apologized for what they were doing before the Smarts were forced to flee.

Police finally left at 8 pm after 10 hours of the violent work they had done.

The Smarts managed to sneak back to their homes at night to find their possessions smashed or stolen. They heard that the messenger of court herself had been seen taking the children’s toys and putting them into her car.

The next day Bishop Mhananga sent a thug called Munjati to the farm with other thugs. They were armed with guns. A wheel was shot out of one of the Smarts vehicles trying to retrieve their possessions. The thugs put big logs on the road to stop the Smarts being able to get into their property.

The Smarts were unable to even feed their animals. When SPCA came out from Harare they were chased away.

Eventually VAWZ managed to rescue the 2 horses but all of the 100 chickens are dead and the cats can not be found.

Even food that was sent for the Smarts workers was taken by Bishop Mhanangas thugs and the workers have been sleeping in the hills in the middle of winter. Their children have been unable to go to school. The maize contracted under the Governments “Command Agriculture” scheme and grown by the Smarts can not be taken off by the Smarts. 50,000 Kgs of tobacco also remain on the farm as well as all the tools of the farming trade – and the Smarts are unable to even set foot there for fear of being shot by the Bishops men. Hundreds of people need to be paid and supported each month from the farm and they know the Bishop will not do so.

So why is this different to the thousands of other evictions that have taken place? Why is it a litmus test for Zimbabwe as a whole?

The difference in this case is that it is a standing and very influential Bishop that is taking the property. He is a former President of the Evangelical Fellowship of Zimbabwe – the church body to which most other churches are members. Individual churches and the church as a whole, that should be the moral conscience of a nation, has to decide whether the conduct of the Bishop is in keeping with Christian values and Gods commands or not. One of its own leaders is now inextricably involved in the very activity of greed and lawlessness that has created so much poverty and heartache in Zimbabwe. The church can not continue to stand on the side lines.

If the church, by its silence, decides that the Bishop has not acted wrongly, it opens the door for a continuation of this kind of barbarity.

I would suggest that the church has to ask 3 questions:

1. Is it alright for people to take homes and livelihoods because the government says it can? In this case we need to also ask: has the Bishop got other homes? To this the answer is clearly yes. He has got at least 2 homes and a cottage in and around Mutare as well as a small farm and he has also got a home in Harare in Highlands. He may have more. Why is OK for him to take other people’s homes particularly people with no other homes, and leave people without jobs or incomes. Does the church believe this to be right?

2. Has the Bishop acted lawfully? It seems clear to me that he hasn’t – even under Zimbabwe law. With the connivance of police it appears he has taken the law into his own hands and evicted hundreds of people without eviction orders and a proper court process and in a manner that is violent and wrong. The church needs to tell us whether it believes Bishop Mhananga has acted lawfully or not.

The church has a duty to answer these questions. It can not remain silent on these things forever.