A full council of traditional leadership under headman Chisumbanje met on Thursday 13 July 2017 to deliberate on pending issues between Green Fuel and the affected local villagers and farmers. Platform for Youth Development Trust (PYD) was invited to attend as a special guest of the local traditional council. 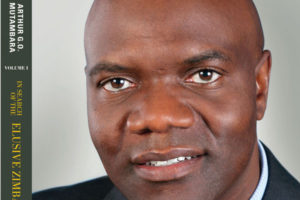 The traditional council raised concern over Green Fuel’s circulated maps of proposed 0.5 acre plots to be allocated to affected villagers. According to traditional leaders who received the maps, they were just dropped at their door steps by one Charles Dragon Chipanje who is also a village head under headman Chisumbanje.  This current move by Greenfuel raises stink within the affected traditional leaders as there are previous outstanding issues relating to the distribution of plots to beneficiaries. The previous act did not fully involve traditional leaders and they queried Greenfuel on who is mandated by law to distribute communal land. This act, however, is disrespecting their lawful roles within the community and they feel undermined by the investor. Again, traditional leaders were still waiting for a favourable response on their request for an audit of previous beneficiaries since some of the beneficiaries were not from the affected communities.

The traditional council expressed concern that this has always been Green Fuel’s approach of subverting the roles and responsibilities of the traditional leaders by using a proxy to justify their divisive actions.  Many other concerns including underhand operations by the ethanol producer were raised and the traditional council agreed to take action to save communities from possible loss of land without justifiable community benefits.

After a long deliberation, three resolutions were adopted

Headman Chisumbanje together with his full council of affected village heads endorsed PYD to continue lobbying for the resuscitation of a dialogue platform with Green Fuel and the government in the mould of DEPIC.

The District Ethanol Plant Implementation Committee is a Cabinet constituted committee that was installed in August 2012 through the recommendation of an 11 Inter – Ministerial committee headed by the then Deputy Prime Minister Professor Arthur Mutambara. The Committee was made defunct in September 2013 by the then Minister of Energy and Power Development, Dzikamai Mavahaire. During the lifespan of DEPIC, community relations with Greenfuel had proper channels of communication and implementation of resolutions.