The Marshall Plan with Africa is being proposed by The Federal Ministry of Economic Cooperation of Germany which recently put out a discussion paper titled “Africa and Europe- a new partnership for development peace and a better future.” 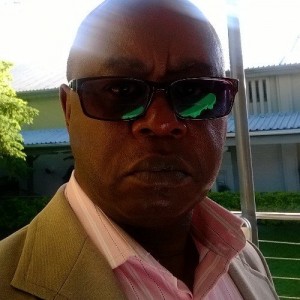 This paper is inviting input of ideas into a new paradigm on the relationship between Europe and Africa, and seeks to set a tone of what the key issues need to be and has termed them the cornerstones of a Marshall plan with Africa.

The plan has ten starting points which are considered critical for progress and three key pillars which support it. I have covered these. It then has what it terms: the foundations for a Marshall Plan with Africa, which will be my final review of the subject matter. These critical foundations include food and agriculture, the protection of natural resources, energy and infrastructure and lastly health education and social protection.

This week we will look at the issue of food and agriculture.

The first observation is that Africa could feed itself and yet it imports $35billion annually in food imports. The agriculture sector has been neglected and even though it employs at estimated 70% of Africa’s population, it only adds an estimated 30% value to GDP. Something is wrong as more than 230 million people (one in four) in Africa are facing hunger.

It is therefore critical that Africa increases its productivity in agriculture through better education, skills development and access to information through better research and markets.

Africa’s more than 300 million small scale farmers can contribute significantly to food security through secure land rights, better land use, access to  affordable development and productive capital including insurance and an expanded infrastructure. In addition to this, they also need to add value to other crops so that they may create higher sustainable incomes.

Intra Africa trade is also key and this requires removal of trade barriers and the development of appropriate infrastructures to create access to new regional markets. It is estimated that Africa only trades with itself 11%  while Europe trades with itself 80% of goods and services most of then of course being manufactured goods. That has to change for more value to be retained within the continent and create jobs.

It is also suggested that there will be need to protect Africa’s agricultural markets in order to allow locally driven growth and development. All this must of course be underpinned by secure land rights.

German will strengthen rural development initiatives and assist the establishment of local supply chains with high quality standards. It will also intensify public research on seeds and breeding while creating more access for small holder farmers to new technologies in order to increase productivity.

Europe will afford better access to its markets for African produce. It will also allow the strengthening of measures to protect Africa’s agriculture sector to facilitate growth and diversification while abolishing its unfair subsidies through the WTO.

It will promote youth employment and innovation in the agriculture sector. It intends to also protect Africa’s fisheries and conclude fair agreements which prohibit illegal fishing.

As Africans, our belief must first be that hunger in Africa as a whole is not inevitable and malnutrition is not a consequence of food scarcity, but a result of the way  our economies are organized and of  the political choices we have made to address—or ignore—the causes of hunger and poverty.

Amartya Sen (1999) in his book Development as Freedom defines hunger by saying that “Hunger relates not only to food production and agricultural expansion, but also to the functioning of the entire economy. It includes the operation of the political and social arrangements that can, directly or indirectly, influence people’s ability to acquire food and to achieve health and nourishment.”

We must create a new narrative that says that in Africa, we can grow enough food, we have the necessary land and water resources, we know enough about agricultural economics, and we can afford to provide the basic needs that protect every person’s entitlement to an adequate, nutritious diet. But this depends on political leadership and the choices we make going forward.

Sadly Zimbabwe is a good lesson of how to destroy agriculture and decimate rural livelihoods and increase poverty. We are therefore a bad example of land reform and we will need to rationalise this post Mugabe era. A Successful agricultural recovery will drive recovery of industry where 60% of industrial input comes from the agricultural sector. This can help to create jobs thus improve disposable incomes and have a positive impact to also reduce urban poverty.

In his speech in South Africa in 1994, the late Harry Lee Kuan Yew, Prime Minister of Singapore, pleaded with African leadership to “resolve contradictions between the aspirations of their people and the realities of the economy. They have to settle on a formula which gives enough relief to many who feel they have been dispossessed – but will not cause serious damage to the competitiveness of the economy”. Unfortunately, this seems to have fallen on deaf ears.

We can certainly give a new impetus to reconstruction to Zimbabwe and make a decisive contribution to the revival of the whole economy, renewal of urban and rural infrastructure, the modernization of our industrial base, the resumption of normal production, the raising of productivity creating employment, and the facilitating of intra-regional trade through adopting the Marshall Plan with Africa.