Cahill Thabang is a 34 year old Lesotho migrant who is now permanently resident in Zimbabwe. He works for a development sector organization that is promoting food security programs in Midlands province’s three districts- Gokwe South, Shurugwi and Silobela. 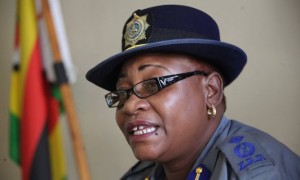 A migrant worker is a person who either migrates within their home country or outside it to pursue work such as seasonal work. Migrant workers who work outside their home country may also be called foreign workers or expatriates. The International Labor Organisation estimated in 2014 there are 232 million international migrants worldwide who are outside their home country for at least 12 months and approximately half of them were estimated to be economically active or working for development partners.
Though Thabang is now permanently resident in Zimbabwe, his family of three children and one wife stays back home in Lesotho. The situation therefore makes him shuttle between Zimbabwe and Lesotho via South Africa so frequently. In order to cut travel costs, Thabang prefers to drive from Gweru to Maseru other than fly.

In almost all the trips that he has made since 2013, there have been like those made in hell. Zimbabwe Revenue Authority officers and the Boarder control officers always give him bad days along the Beitbridge-Masvingo highway. In an interview, he narrates his ordeal.

“Just last month, I was driving from Maseru to Gweru and that trip just like several others gave me torrid moments on the Beitbridge-Masvingo highway. There were roadblocks manned by Zimra and border control officers at distances ranging from between 40Km and 60km apart.

“At every such roadblock, the officers would request to search my car purportedly looking for goods that were not declared at the boarder but in the process even some of my belongings that did not warrant declaration were seized. I would be made to wait at such roadblocks for over 2 hours and that was scary because it was at night. I then learnt in one of my trips that the officers will be itching for bribes and since I started paying those bribes, that is when my trips have been a bit easy,” he said.
The worrying part of Thabang’s ordeal is that Zimra and boarder control officers are expected to conduct their operations at the boarder itself or at most within the boarder town of Beitbridge. It is awkward that they conduct their operations in the highways.

More other migrants who spoke to this reporter expressed dissatisfaction over the conduct of Zimra and boarder control officers along the Beitbridge-Masvingo highway.

A 29 year old migrant from South Africa, Mxondisi Hlatswayo who is now permanently resident in Masvingo since the beginning of the Chingwizi camp human rights debacle, said the officers do not give details of the stations that they are based at so that people who want to make follow-ups on their seized goods can do so.

“What they simply do is to tell you that your goods have illegally crossed the boarder and that they are obliged to seize them. If you do not have bribe money to give them, then that is the end of it and your goods are gone. There are no receipts given and all efforts to make follow ups do not succeed.
“It is something that is very worrying and several other people that have migrated to Zimbabwe on circumstances similar to mine are just suffering in silence.  The option one has would be to report to our embassies but these are based in Harare and so no one wants to take the burden of say driving from Masvingo to Harare to make such a report,” he said.

Mxolisi Magagula, 33, another South African migrant who is now based in Midlands working in a development sector organization that is promoting Water Sanitation and Hygiene projects, said each time she crosses the Beitbridge boarder on her way back to Zimbabwe, she just becomes unsettled.
“I think Government of Zimbabwe should simply work on modalities to free the country’s highways and protect migrants. Worse scenarios are faced by migrants who use vehicles with foreign registrations like those from South Africa.

“At the controversial roadblocks manned by Zimra and boarder control officers, they cannot pass without paying a bribe. The officers will simply ensure they find faults that will leave migrants with no option but to pay bribes so that they can be allowed to proceed with their journeys.

“At one point I produced all my documents to prove my innocence but the officers said they could not read and so I was supposed to wait until the end of their duty shift so we could go to a police station. Since I was in a hurry, I ended up just paying the bribe so that I could proceed,” she said.
IOM Zimbabwe has enhanced its cooperation and partnership with the Government of Zimbabwe both at national and local levels throughout the country. These good relationships have contributed significantly to providing assistance in a timely and effective manner.

However, efforts to get a comment from the body in Zimbabwe on the cases of frustrated migrants were fruitless due to the stringent bureaucratic procedures governing the organization.

Police national spokesperson Charity Charamba encouraged migrants to report their cases to the force and promised to make an investigation into the situation of expatriates traveling along the Beitbridge-Masvingo highway. She said the police force does not condone corruption.

Telephone lines (04)758 891-5, 790 813, 790 814 for Zimra headquarters in Harare were also not being picked during several days and a lady who finally picked the call made a deep sigh of relief before hanging up. Thereon the lines went unanswered.

More efforts to get a comment from the Zimra Beitbridge post numbers for the organisation’s region 2, (0286) 22259, 22303 were also fruitless as they also went unanswered.

Other efforts to get a comment from the South African embassy in Harare also did not bear fruit as their landline phone went unanswered during the whole of last week.