By Dr Masimba Mavaza|The events of the past weeks have brought serious mixed feelings in Zimbabwe home and abroad. They have exposed the members of ZANU PF as people who go by the wind and any incoming leader must be careful not to trust the crowd. 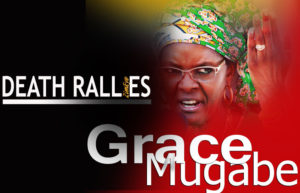 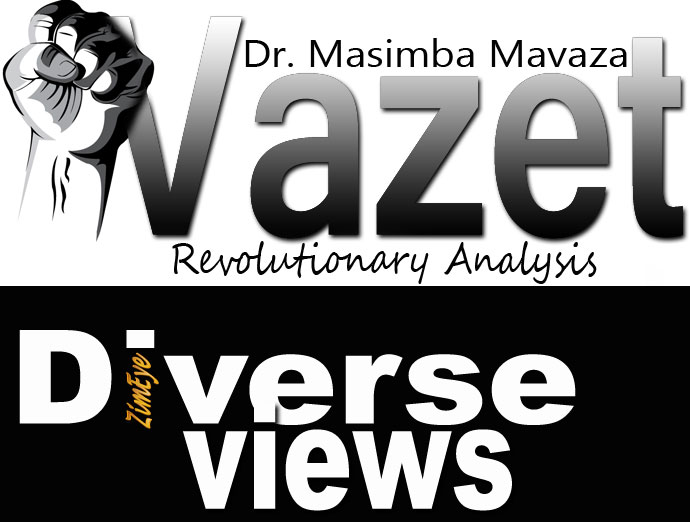 It is still difficult to forgive the First Lady because thanks to her, the powers of the president were hijacked by Jonathan Moyo and Kasukuwere. Of the most judarious mob is the people from the provinces who would go by the wind and never stood by the principles.

Politics of impressing the First Lady destroyed the party. Nobody was strong enough to stand up and say the truth. Everybody stood by cheering the party to its destruction. As cyclone Grace went through the rallies no one stood up to say – wait a minute where are we going? Even thugs like Wicknell Chivhayo jumped into Grace Mugabe’s ship.

It is not politically correct to blame Grace alone in these rantings, she was briefed before the rallies. She was urged to say all the things she said and those urging her on were the first ones to jump to welcome the Crocodile when he came back.

At a rally arranged by Mandiitawepi Chimene and Kasukuwere to supposedly thank the president for firing the VP Munagagwa, chairmen of every province stood up top insult ED. Mafios even labelled him “The Border Jumper.” Not even one chairperson stood for the truth or for ED. These are the same men who are now making a beeline to praise the same man they vilified and insulted. These men who are soiling the legacy of Mr Mugabe today are the same men who knelt like women before Mai Mugabe and praised her with all tongues on earth. They made her believe that she now has the power and that she was now anointed to take over from the husband. They engineered the firing and expulsion of everyone with war credentials and indeed they were about to succeed with the help of these chairpersons who are still presiding our provinces today. If the president is to believe promises being made by these provinces then he can believe that the old lady from Chivi boiled stones and they became flesh.

The party is now in a situation it has forgotten the ideologies, policies and aims of the party. People have put their minds on people and made them mighty. The party is now full of bootlickers and the gains of independence has suffered. People now chose their words wisely and are never there to defend the truth but to secure their positions in the party.
ZANU PF now suffers three dangers as state by an Indian States man in 1949 and how true this is to us today,

1. People are now pertained to the danger in eschewing constitutional methods for unregulated street protests which characterised as the grammar of anarchy.
2. It drew a distinction between political democracy on the one hand and social democracy on the other. We now have a principle of graded inequality which means elevation for some and degradation for others. We have a society in which there are some who have immense wealth as against many who live in abject poverty. If this disjunction between political rights and social disprievillege persisted those who suffer from inequality will blow up the structure of political democracy which this system has so laboriously built up.
3. Zimbabweans now blindly and uncritically follow a particular leader. The spirit of hero worshiping has destroyed the jewel of Africa and indeed it has destroyed the party. It has created a demi god and made the former first lady believe that the whole country is behind her. She was used to take advantage of her aging husband and she refused to listen to advice.

Zimbabweans laid their liberties at the feet, democracy must never lay their liberties at the feet of even a great man,or trust him with powers which enable him to subvert their institutions. It should be noted that there is nothing wrong in being grateful to great men who have rendered lifelong services to the country. But there are limits to gratefulness. No man must be grateful at the cost of his honour. In the past era we had seen men reduced to boys, our mothers frog marched to rallies and our MPs being tossed around by the youth. Partisan politics became the order of the day. The party was sold for a song, it should always be remembered that no nation must be grateful at the cost of its liberty.

Boot leaking had made Zimbabweans slaves to their leaders and it needed drastic measures to extricate ourselves from ourselves. This caution is far more necessary in the case of Zimbabwe than in the case of any other country. In Zimbabwean politics hero worshiping is a sure road to degradation and eventually dictatorship. We have seen prestige our leaders commanded, we were too busy praising them that we failed to see when they got lost. Zimbabweans must be aware of the services rendered by all our leaders in their different parties. The work they did for Zimbabwe and most of them were imprisoned, some spilled blood and most lost lives, this is big but never a reason to allow them to personalise the country.

Unfortunately the works of the leaders was hijacked by a few individuals who were powered by the former first lady or maybe they powered the first lady. They became so powerful to an extent that they were running the country on twitter and on rallies. Unelected people fired ministers and put pressure to have VPs fired. Pressure was put on provinces to declare handpicked people to be leaders. There was a clear coup but this time not done by soldiers. The sad thing in all this people sang and cheered.

The party was reduced to a total village tribunal where perceived enemies where paraded in front of people and where chastised. Public humiliation of the people who were perceived not to tow the line was now a common thing. ZANU PF was now in the pockets of few individuals. The events clearly showed that hero worshiping was indeed destroying the party. Because of the respect the president got the vultures implemented their evil plans in the name of the first lady. Probably having been corrupted by power the first lady eleveted herself to the level of the president to an extent that challenging her was classified under the laws protecting the president. In actual fact hero worshiping had allowed the power of the president to be usurped.

As it happens, Mugabe himself was not aware of the dangers of blind adoration so he vested more power in the few who lied to him than in In ZANU PF. There was “intolerance of others and a certain contempt for the weak. It must be noted that their conceit was already formidable”, and there was no doubt that they fancied themselves as Caesar”
Their Caesarist tendencies were not kept in check by their own self-awareness; and by the fact that they were living in an age of political giants. Within the party and the country people treated them with fear mixed with affection, not deference.

The Opposition, meanwhile, had leaders of considerable self-respect and ability but MDC-T has fallen in the problem of making their leader a Ceaser and an un questionable people in MDC have said Tsvangirai is MDC and MDC is Tsvangirai. This abomination had enveloped ZANU PF.
It was forgotten that ZANU PF is a pocket where everybody would fit in, not vice vesa.
People watched with disgusting pain when only four people controlled the head of state and his wife. The party was rolling down the cliff and people were cheering the party to its destruction. They made the president believe that everybody but themselves was the enemy of the state.

The conduct of these few men and a lady is a paradigm case of the dangers of Hero warship in politics. It led “to degradation and to eventual dictatorship”, as manifest in the purging of political opponents and the onslaught of war heroes in public.

Few people became first personality cult in independent Zimbabwe. Regrettably, they were on a mission to destroy the party from within. At various times and in different ways few people of dubious characters have been elevated to a sort of superhuman status.
The people were forced to promote the worship of leaders naming numbers of schemes after them and encouraging slogans which mortified them.

ZANU PF was never controlled or dominated by a single individual before. It prided itself on its collective leadership. In the years when it rose to prominence and then to power POLITBURO has always been the power. After the first lady became politically active she was elevated above the rest, she was made first among equals in the party and her praise singers put her above the party. Hero worshiping made the party a circus.

All this did not change in the run-up to the general elections the party increasingly subordinated itself to the will of a single individual. First, the saviour of his party, and then, the Saviour of the Nation itself. The other leaders have obediently laid down their liberties — and their critical faculties — at the feet of this one lady. So have the party cadres. And now they ask that the rest of us follow when they attack any opposition with venom and competing with one another to be on the side of the created hero. Even more aggressive are the band of twitter hooligans who seek to express their hero worshiping not so much in praising their Hero as in abusing — in the most vulgar language — those who do not subscribe to the Myth of the Great Messiah. If only we forget individual heroes and unite. The country will be great and surely prosper. Heroism is the sure way to self destruction and political disaster. The reason why few could not stand fairness in the party they are worried their god will lose the clout.

Some one had to correct it and all eyes are looking up to those brave men and women who have taken the bull by its horns. We pray that these men will not be worshipped to our own destruction.