Drama upon drama has been the trend of events as the police yesterday appeared to  ignore the backlash arising from Presidential Advisor Chris Mutsvangwa’s Friday Army statements. The ZRP said they will allow the army to work with the force for several months running into the upcoming 2018 elections. 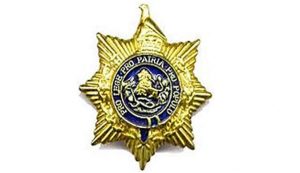 The announcement was made as analysts at the weekend warned that the development will disturb market confidence.

This was announced by the officer commanding police in Mashonaland West Province Senior Assistant Commissioner Rangarirai Mushaurwa who said the ZRP will work with the Zimbabwe Defence Forces (ZDF) throughout the holidays all the way into election time next year.

He said this will be to maintain law and order during the festive season and in the run up to the 2018 harmonised elections.  She announced saying this is in line with the ZRP theme for 2018: “ZRP promoting Gracious Peace and Economic Stability”.

Senior Asssistant Mushaurwa said, “it is in this spirit of promoting peace that you see us today, and in the future joining hands with other security organs in campaigns, patrols and other law enforcement activities.

“With the forthcoming harmonised elections due next year in 2018, this theme resonates very well with our constitutional mandate as espoused in section 219 of the Constitution of Zimbabwe Amendment (No.20) that is preserving the internal security of Zimbabwe, among other functions.”